The 34th Annual SAE World Series, SAE’s member-only double elimination softball tournament, was held in New Orleans on June 28-29, 2019. High winds blew the rooftop off the dugout of the host committee’s team, The Rejects, as they shocked the South Florida Alums 21-0. The host committee’s second team, The Rejects 2, did not get anyone on base in their opening game against Nicholls State and lost 26-0. A grudge match between the University of Houston Undergraduates and Alumni turned out with the University of Houston Alumni prevailing 4-0. 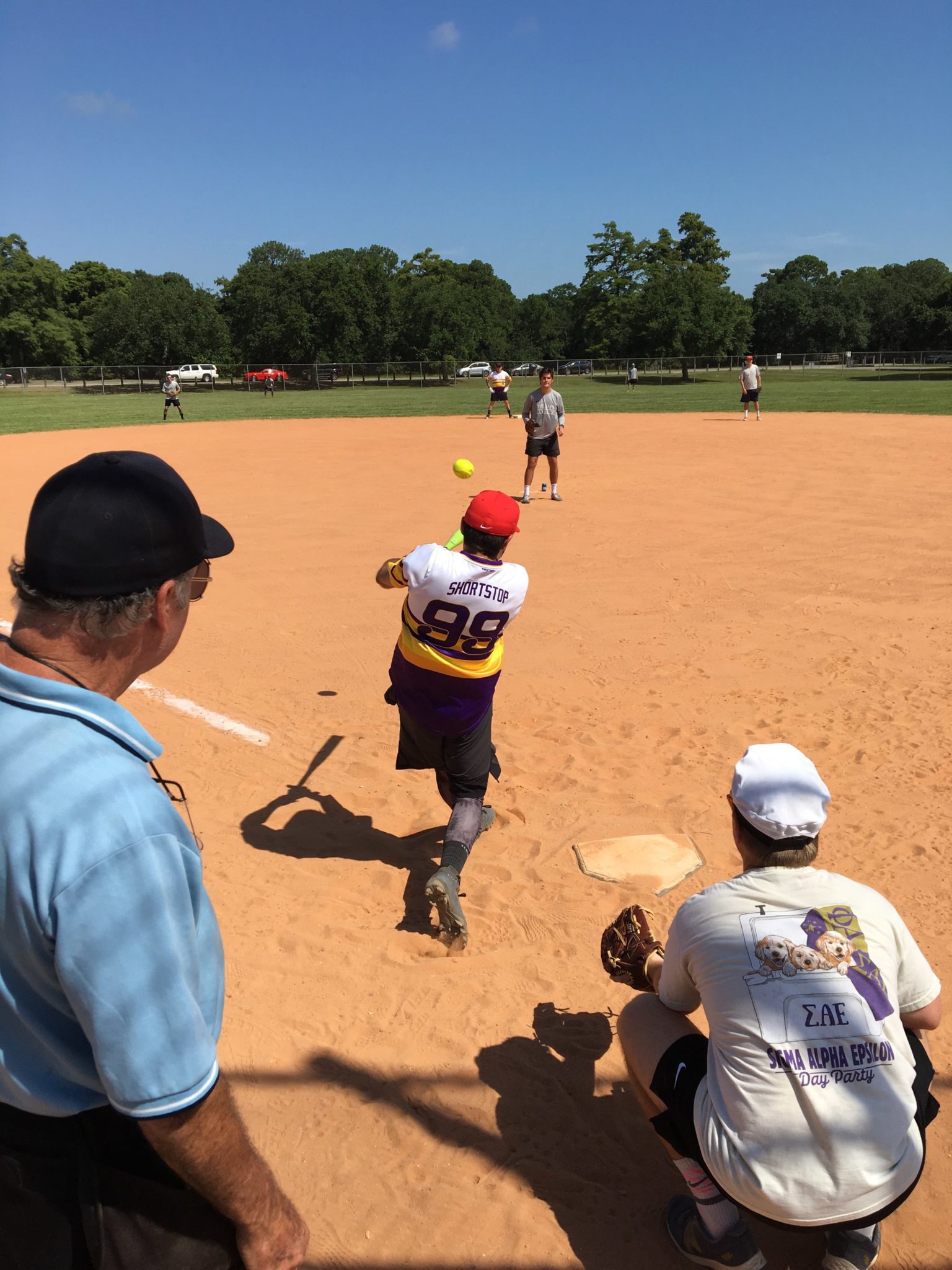 Southern Mississippi dominated the entire first game over LSU, winning 8-4. In the second/championship game, LSU scored two runs in each of the first, second and third innings to lead 6-0. The fun-loving LSU team prevailed 13-2 to earn their first title after participating consistently for 34 years.

After the softball tournament, everyone ventured to New Orleans’ historic warehouse district for the awards banquet and more SAE comradery. We hope to see you and your SAE team at next year’s World Series in New Orleans. Full details on this great event are at www.saeworldseries.net and on social media. 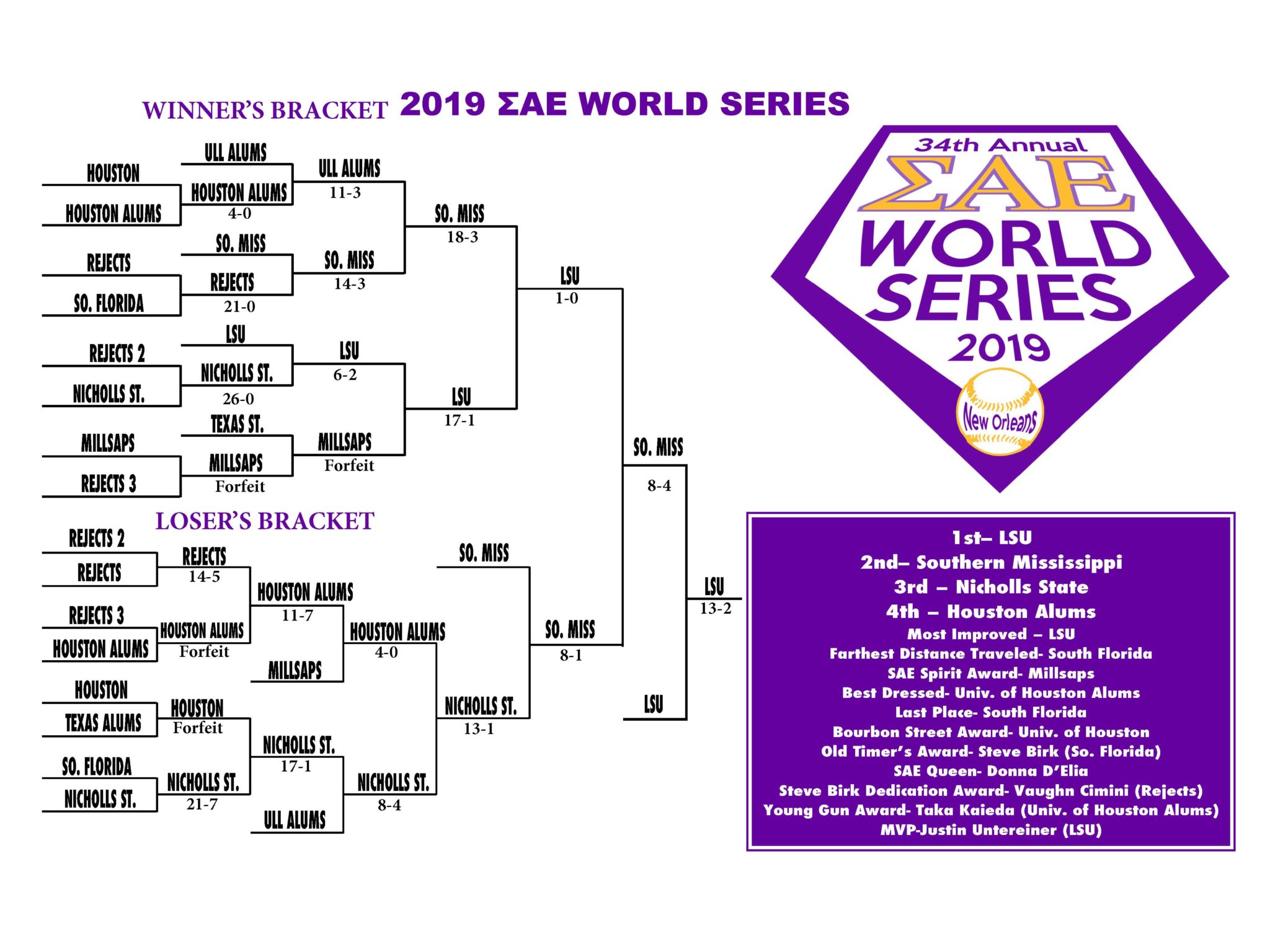