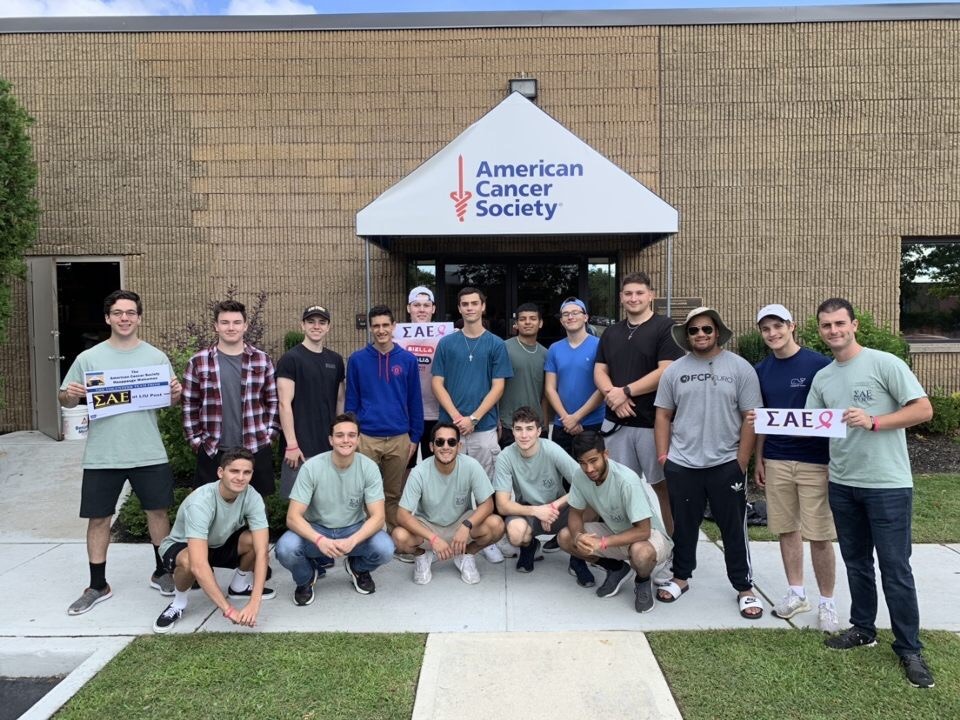 On Friday, September 6th, the chapter at of Long Island University held a philanthropy event for the American Cancer Society of Hauppauge. The American Cancer Society is a nonprofit organization with the mission to save lives and leads the fight for a cancer-free world. Each year, roughly 4 million people across the country volunteer on behalf of the organization which generates millions of dollars towards research and treatment for cancer.

The undergraduates helped the staff at the American Cancer Society manage inventory for the event, as well as set up banners for sponsors.

“It was great to not only be with the guys and have fun but to help other people while doing so,” said Daniel Saban.

“It’s a great bonding experience, and when you’re helping out an amazing organization like the American Cancer Society, it’s a really good feeling,” said Anthony Filipkowksi.

The chapter also hosted a .1k event on campus on October 5th to support the American Cancer Society and Circle K International. People of all ages were welcome, including students of Long Island University and members of the Long Island community. The event consisted of short races with prizes. The kids also enjoyed the bouncy house, raffles, food, and music.

“This event was a great way to get involved with the community and support a great cause. It was a great experience to bond with my brothers while raising money for a great organization,” said John Herold.

The Long Island community was very pleased with the efforts of New York Beta, as they raised $2,074 for the American Cancer Society. Lucas Salerno, philanthropy chairman, is credited for an unbelievable job organizing and planning the event. Nassau County Legislator, Josh Lafazan, was incredibly proud of their efforts and expressed his gratitude, rewarding them with a certificate citing their good deeds. The chapter has dedicated its future philanthropy efforts to the battle against cancer.