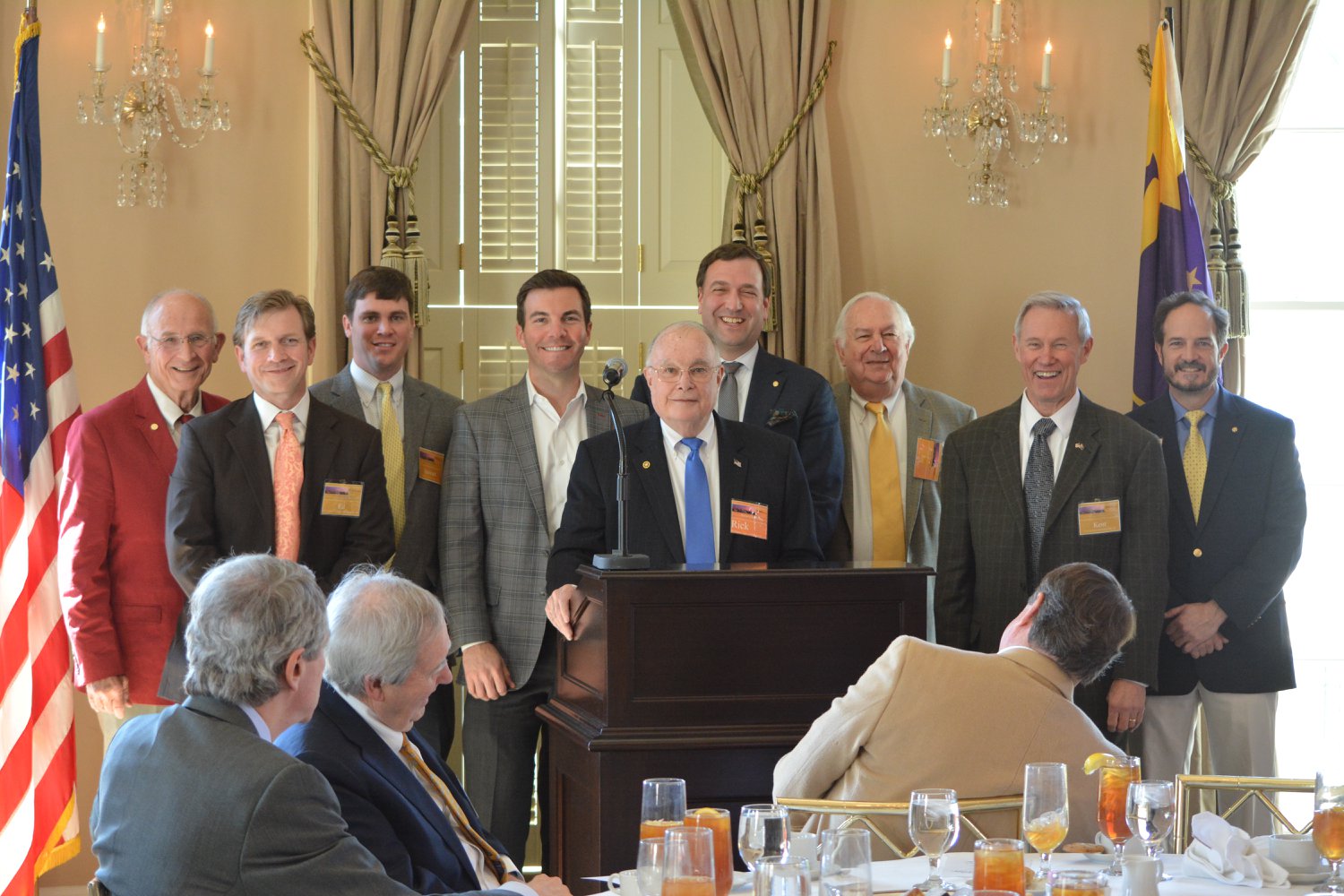 Judge Rick McCully (Memphis ’65) was awarded The Highest Effort award, from Sigma Alpha Epsilon, in summer of 2018. This was in recognition for his years of effort and achievement, both in supporting and advancing the ideals and principles of Sigma Alpha Epsilon, but as well his achievements in his professional and service life. 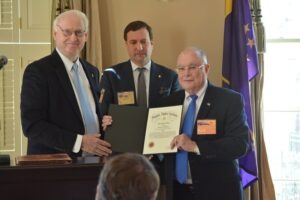 Richard P. McCully has been an active member of Sigma Alpha Epsilon for over 61 years, with a distinguished record of service and leadership within the fraternity. Rick has been a long-standing member board member and active leader within the Greater Atlanta Alumni Association of SAE.  Rick currently serves as the Greater Atlanta Alumni Association (GAAA) Vice-Chairman and has also served as GAAA President. In addition to his leadership within the GAAA, Rick has held numerous offices in both Province Epsilon and Province Epsilon-Alpha. Rick was Instrumental in reviving the University of North Georgia chapter, where he continues to serve as a Chapter Advisor. Rick has also chaired the Alumni Advisory Board for the colony at Kennesaw State.

In addition to Rick’s invaluable contributions to SAE, Rick’s professional credentials, accomplishments and accolades substantiate his distinguished career as a jurist. Twenty-four years as a United States Administrative Law Judge is an incredible accomplishment and contribution to his field. When taken into consideration with his impressive resume of academic, civic, and social contributions it is clear that Richard McCully has personified the True Gentleman and represented SAE at the highest levels in all that he has done since being initiated at University of Memphis in 1965.

Judge McCully’s professional contributions to the field of law demonstrate the highest ideals of the True Gentleman.  His notable accomplishments include Executive Assistant District Attorney General, Nashville-Davidson City, TN from 1969 – 1979; Assistant State Attorney, Organized Crime Division, Broward County, FL from 1979-1984; private practice with the Ft. Lauderdale Police Department as his principal client from 1984-1994; and United States Administrative Law Judge, Northern District of Georgia from 1994-2017.  His extensive education includes BA and JD degrees from the University of Memphis, a MPA from the University of Tennessee, and an honorary degree from the University of Miami.  His professional honors include Distinguished Service Chapter 1998 (Phi Alpha Delta Law Fraternity) and Iron Arrow 2004 (the University of Miami’s Highest Honor).  Judge McCully’s contributions to his professional community include International Chief Tribune, Phi Alpha Delta Law Fraternity 2014-2016; Education Committee for the Association of Administrative Law Judges 2009-2016; President for the St. Thomas More Society (Catholic Lawyers Guild) 2003-2005; and Membership Committee of the Lawyers Club of Atlanta 2009 to present.  Judge McCully has demonstrated over his forty-eight year career a distinguished level of success that reflects highly upon himself and the entire fraternity of Sigma Alpha Epsilon.