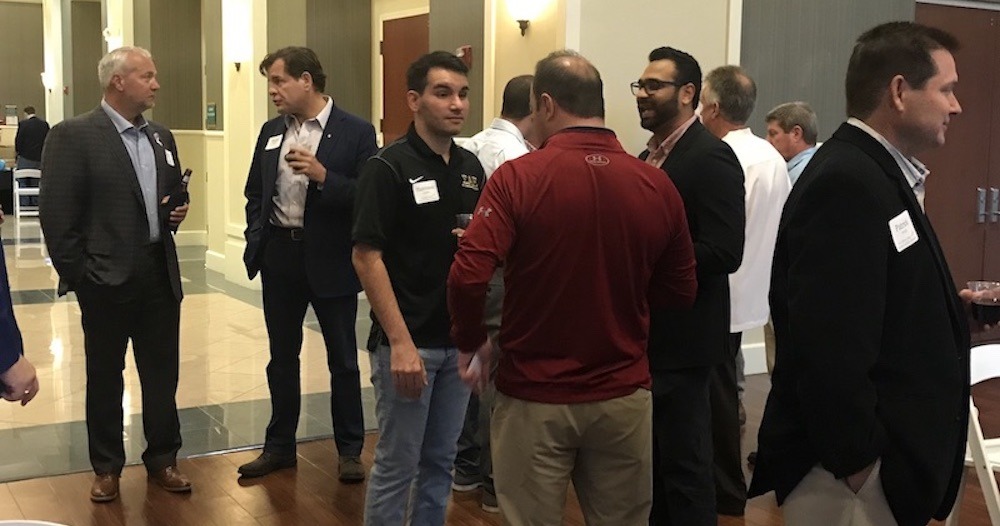 “I made sure to wear this Gators tie just for him!” Wayne Bailey joked.

The crowd snickered, and the event that Wayne had been dreaming about for years was off and running.

On a perfect fall October evening, brothers from across the realm joined together for an alumni reception in Lake Mary, Florida.

Brothers and spouses made the journey from the Orlando area to meet at the Lake Mary Events Center, where they would be greeted with fellowship and great food.

The event took only a couple months to organize, but for Bailey, it had been planned for much longer.

“I have for years hoped we could gather SAEs from many chapters who now reside in Central Florida – several thousand, in fact. With the help from a few key others, we were finally able to make it happen,”

“I have for years hoped we could gather SAEs from many chapters who now reside in Central Florida – several thousand, in fact. With the help from a few key others, we were finally able to make it happen,” Bailey recalled.

As much as Bailey supplied the vision for the event, it couldn’t have done it without his co-host, John Rivers (Florida State ’88), supplying the food.

Rivers, the CEO of 4 Rivers Smokehouse, and Bailey first met when John was giving a speech at the FCA Awards Banquet in the summer of 2017. Bailey approached Rivers to ask him if he would be supportive of the event, and it took off from there.

After over an hour of socializing, General Will Grimsley, CEO of the SAE Foundation, delivered a powerful and informative message about SAE in today’s Greek system and pulling together to adapt, influence, and mold strong men for the future.

The evening was capped off with a raffle and a silent auction, where a few brothers took home some new furniture for their offices.

“It truly was a great evening with co-host John Rivers providing delicious food and General Grimsley delivering a very impactful speech for the crowd,” Bailey stated.

The two hosts from rival schools were able to put aside their fandoms, if only for one evening, in order to bring together all brothers to dwell together in unity.

Rivers and Bailey are hopeful to host an even larger event in 2019.

In the meantime, keep an eye out for an alumni reception coming soon to an area near you!

Photos from Orlando area event
1 of 7 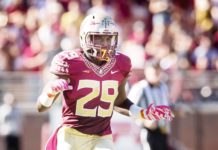