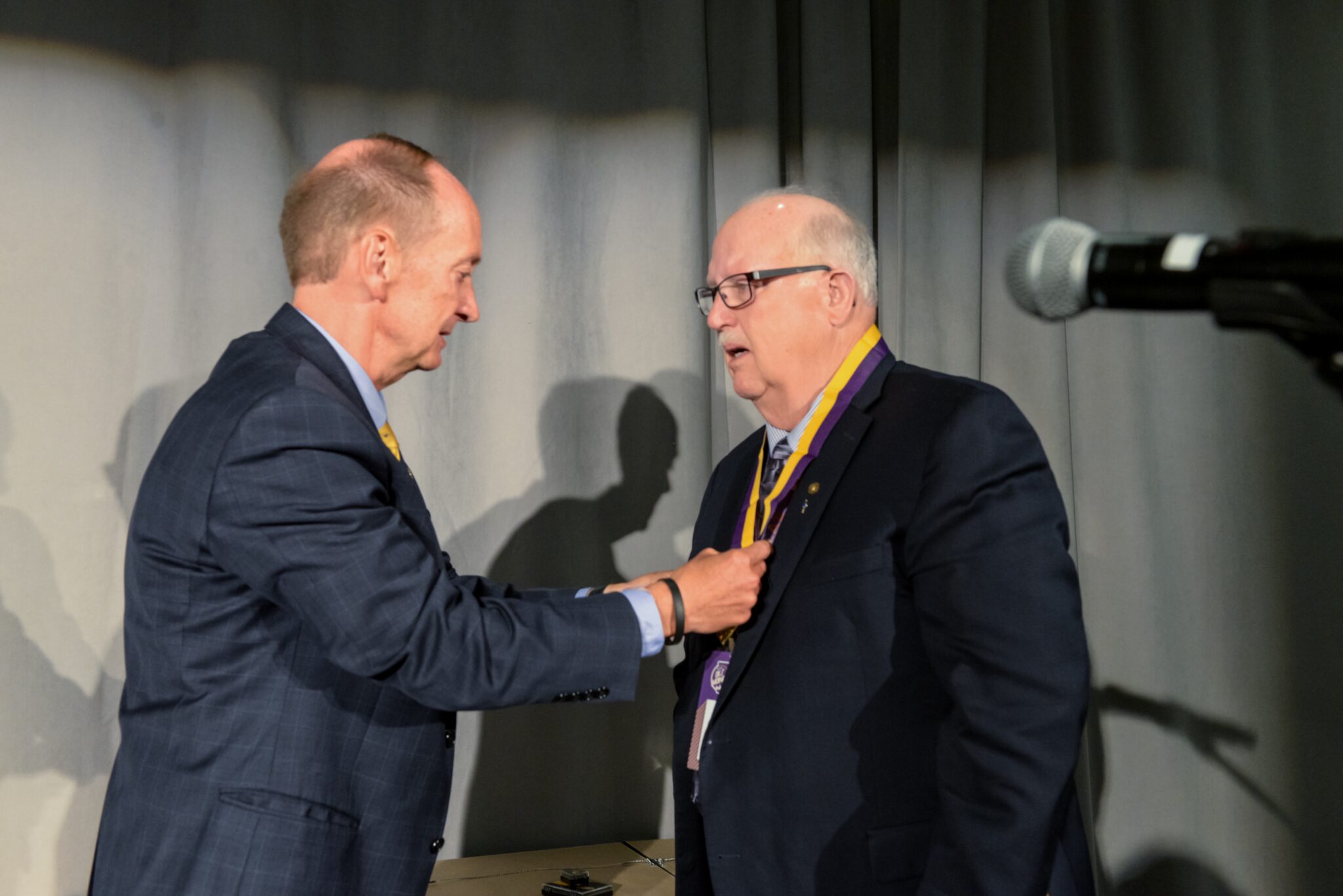 Recognizing a lifetime of service and loyalty to the Fraternity, the Distinguished Service Award is the highest individual award a member of Sigma Alpha Epsilon may receive. Their actions exhibit their understanding of the Fraternity’s teachings, adherence to Fraternity Laws, attention to the promotion of its welfare, and exemplary conduct that guards its honor and high standing.

The Fraternity has 345,000+ initiated members; only 146 have been recognized with the Distinguished Service Award. Loren J. Boone (South Dakota State ‘72) is one of the most recent recipients, presented to him during the 165th Anniversary Convention of Sigma Alpha Epsilon in Des Moines, Iowa on July 17, 2021. 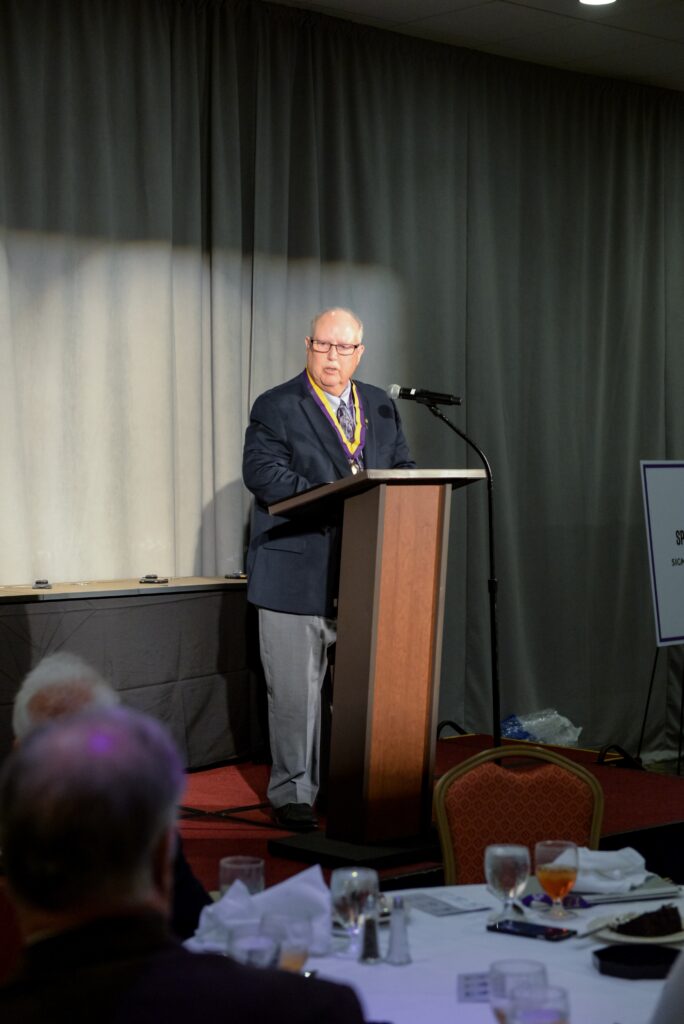 Boone was a charter initiate of South Dakota Theta in 1971. As an undergraduate, he wrote the chapter newsletter, which continues to be published today. Upon graduation, Boone served as a chapter advisor from 1973 through 1989. He created the chapter’s Dollar-a-Year Club in 1975, chartered the South Dakota Theta Alumni Association in 1982, and served two terms as South Dakota Theta’s House Corporation Director.

In 15 years on the Province Tau Council, Boone guided chapters in Iowa, Nebraska, and South Dakota, serving 10 of those years as Province Archon. He also served on the faculty of eight Moseley Leadership Schools and as chairman of SAE’s Member Education Committee for several years.

“It’s very humbling and overwhelming,” Boone said. “I have been involved but there are so many who do so much, so, I’m incredibly humbled to receive this award. It was a big surprise.

It’s an incredible thing. The whole experience was a blur. To be recognized with all the other DSA winners is remarkable.” 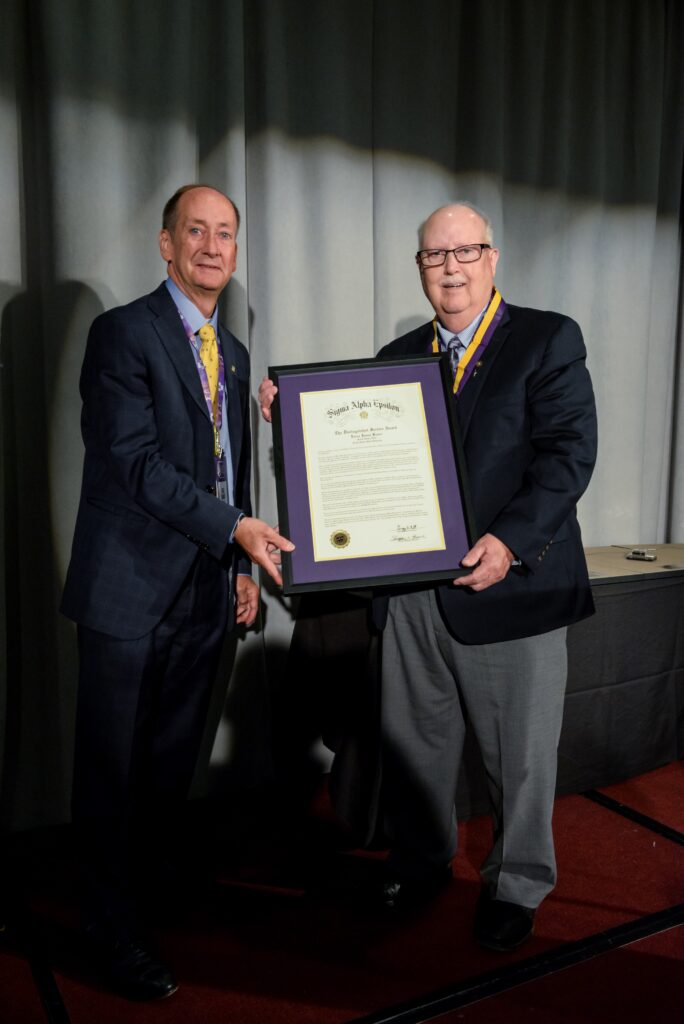 Boone and Deanna, his wife of 47 years, have provided SAE with extensive financial support that has generated more than $1.4 million. These dollars fund four scholarships, registration to national leadership events, student travel, alumni programs, and fraternity housing. Boone also served as co-chairman of a campaign that opened a new SAE chapter house at South Dakota State in August of 2013.

There are not many who claim life-long service to the Fraternity. Boone has been in continuous leadership roles for more than 50 years, ensuring future True Gentlemen have opportunities to excel. 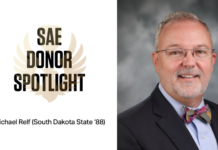