The men at the University of California-Riverside recently raised $15,947 for their philanthropy, Miss Minerva, this spring. The total actually surpassed their previous record of $11,000. All proceeds will go to the Children’s Miracle Network.

Miss Minerva has been the chapter’s philanthropy for seven years and the men at California Omicron have increased their total each year since it launched.

The event followed the previous year’s format of a points-based system where each participating contestant earns points for each student organization participating via various fundraising events, competitions, and social media outreach. The points raise money and awareness for the Children’s Miracle Network.

Philanthropy chairmen Vincent Castro ’21 and Bryce Biship ’21 organized this year’s record-breaking event that has grown each year the chapter has launched it.

It’s something pretty important to us,” Castro said. “We wanted to do it for the kids so we wanted to continue to do it even though we were in an online situation for school.”

Normally the chapter will have a table set up on campus for the event. With the event virtual this year due to the COVID-19 pandemic, organizations got involved through the live feature on Instagram.

“We kind of restructured the whole thing to bring it to an online environment and it was crazy successful,” Biship said.

Three days a week for three weeks, the chapter would do Instagram Live posts where brothers and other members of the Greek community could join and interact and donate to the philanthropy.

One of the popular events the chapter would conduct live has become known as PiAlpha, where if you donated to the cause, brothers would get pied in the face.

The final point of the event was a pageant contest.

“It’s really great because sometimes the girls either have family that was treated by Children’s Miracle Hospitals and there’s a lot of really close ties to this and it always comes through,” Biship said. “You never really expect it, but every time the contestants have some big tie to it.”

“We’re a small chapter, about 30-35 members, so, everyone in the chapter stepped up and helped.”

In past years, the chapter had only got involved with panhellenic sororities but this year they included many other organizations in the greek community to create more inclusion.

“We really see this event as a huge outreach where we can kind of show what greek life is all about and kind of remove the negative stigma towards it,” Biship said.

The men from California Omicron have been on campus at California Riverside since 1990. 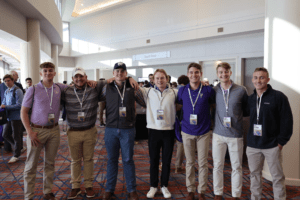 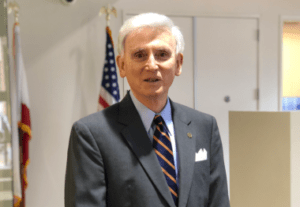