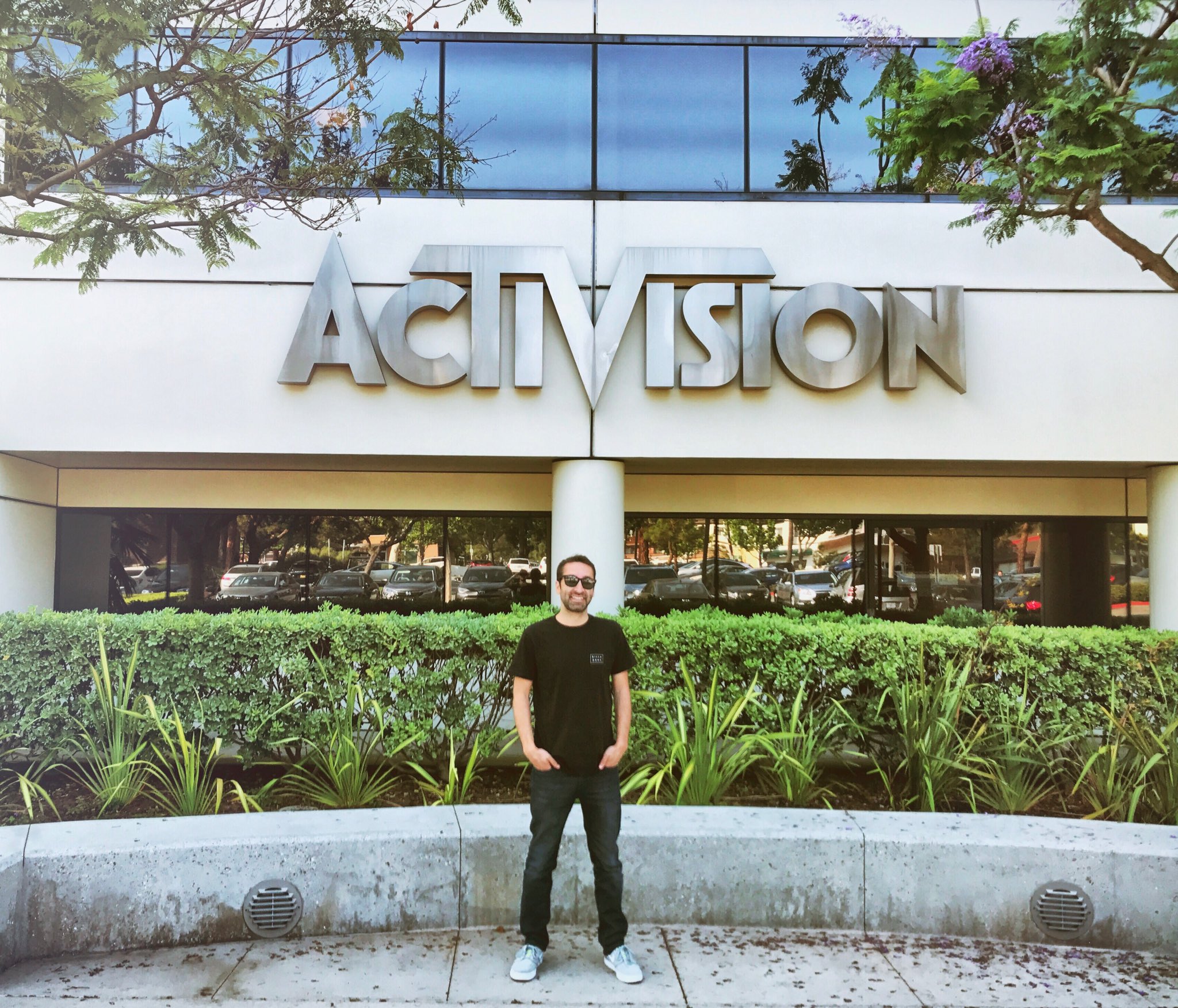 Editor’s Note: This article was originally published by San Diego State University/Fowler College of Business and can be viewed here.

“I grew up with two passions: gaming and basketball,” said Justin Taylor [California Theta] who graduated with a marketing degree from the Fowler College of Business at San Diego State University in 2005.

Throughout his career, Taylor has been fortunate to have held positions at two Fortune 500 companies that focused on both of his passions, having worked at Nike as a global brand director in their basketball division, and now, with Activision as a senior director of digital marketing.

In his position with Nike, he worked with some of the NBA’s biggest stars. With Activision, he currently oversees the digital marketing efforts for Call of Duty, one of the most popular video game franchises in history.

Proximity to the Beach/Outstanding Marketing Program Brings Him to SDSU

As a bonus, Activision’s headquarters are located in the beach community of Santa Monica, California, which was important to Taylor as he was growing up. Similarly, it was the proximity of SDSU to the local beaches that brought him to San Diego in the first place. “I grew up a beach kid and knew I wanted to go to school somewhere near the ocean,” said Taylor, a native of the Palos Verdes area near Los Angeles. “After taking a public speaking class in high school, I fell in love with the idea of marketing. From there, it was easy to pick SDSU, as it had the best undergrad marketing program in California.”

Taylor says he has many good memories of his years at SDSU, with one marketing professor being especially notable. “I took multiple classes with Matt Aistrich. His sales class sticks out in my mind,” said Taylor. “He was a great teacher who really challenged me on how I looked at advertising and how to approach problems from different angles.”

The lessons from Aistrich’s class came in handy at Taylor’s first job as an assistant account executive at a small San Diego marketing firm. It was also where he gained first-hand knowledge of creative media marketing before he moved back to the Los Angeles area to take a position with a larger agency 18 months later.

Landing a Position at Nike

While living in Los Angeles, a friend told him about an opening for a global digital brand director position with Nike’s basketball division that piqued his interest. “I grew up loving Nike as a brand and loved their commercials,” said Taylor. “I remember the first pair of Air Jordans I got as a kid and thinking that I was actually jumping higher as soon as I put them on. I was obsessed with basketball and I couldn’t think of a better place to dive into my passion.”Taylor landed the job and left Southern California for the Portland area to take a position at Nike’s world headquarters in the spring of 2014. “It was an incredible experience working in Europe, China and the U.S. on marketing campaigns for some of the world’s biggest athletes,” he said. “I traveled to China with LeBron, launched a basketball tournament in France, and spent time interviewing Kobe.”

While Taylor enjoyed his role with Nike and learned a lot about “storytelling, brand strategy and global campaign launches,” he also missed his friends, family and the weather in Los Angeles. In the spring of 2017, a career recruiter told him that Activision was looking to fill a management position in their digital marketing department. Since Activision is based in Santa Monica, California and he has a passion for gaming, the opportunity seemed almost custom-made for Taylor. In the summer of 2017, Taylor secured the position and relocated back to coastal Southern California, where he currently resides.

Back to the Beach

As with his former position with Nike, Taylor works with celebrities (music stars Steve Aoki, Post Malone and Pusha T, to name a few) in his current role. However, his primary responsibility is to oversee digital marketing and customer relationship management (such as social media, website content, email and in-game marketing) for Activision’s product line. Taylor says his favorite part of the job is working directly with the gaming community, “We have an incredibly passionate and creative community that honestly is second to none.”

For current SDSU students interested in pursuing a position with Activision, Taylor offers two words of advice: Innovation and communication. “The video game industry is a quickly evolving segment, which requires us to always think of new ways to reach our customers,” he said. “With our existing customers, we have to make sure we communicate clearly and continually because there are so many messages to share and stories to tell.” 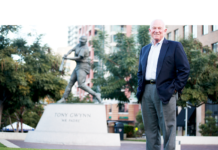 In Profile: The Real Anchorman