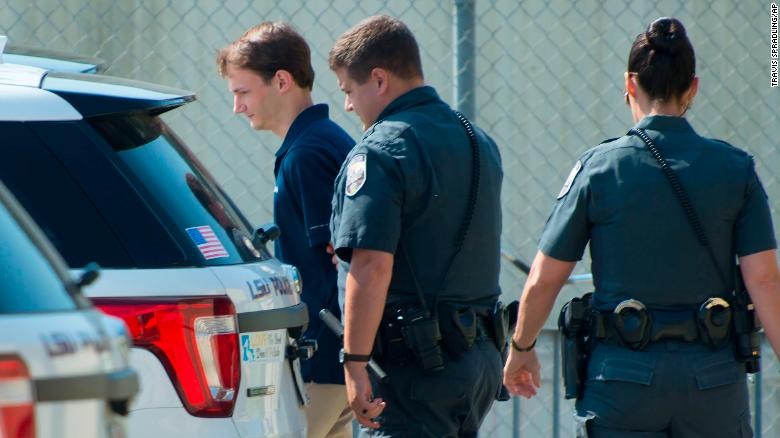 Editors Note: This article was originally written by Emanuella Grinberg and published on CNN.com. To read the article in its original format, visit here.

Matthew Naquin faces up to five years in prison. His sentencing is scheduled for October 16.

Gruver was pronounced dead on September 14, 2017, after an alcohol-related hazing ritual while pledging Phi Delta Theta.

Prosecutors said Naquin was primarily responsible for Gruver’s death. Four students were indicted in 2018 on charges stemming from the incident.

The fallout from the death

The Phi Delta Theta national organization revoked the LSU chapter’s charter days after the incident and initiated a review of all the fraternity’s health and safety initiatives.

Gruver’s death propelled his parents on a crusade to raise awareness of the hazards of hazing and increase penalties for hazing-related deaths. Gov. John Bel Edwards signed into law a set of anti-hazing measures in 2018.

Rae Ann and Stephen Gruver said on Wednesday they were grateful for the verdict even though it would not bring back their son.

Max Gruver’s parents share their reaction to the verdict.

“It’s not something we’re ever going to be happy about, but at the same time it’s justice for our son and for the man who caused his death,” Rae Ann Gruver said.

The Gruvers pledged to keep using their son’s story to further efforts to end hazing and the culture that enables it.

“We want this to send a message to the country that hazing should not exist,” Stephen Gruver said. “We have to all work together to bring an end to hazing.”

The family has a $25-million lawsuit pending against LSU. The school extended its condolences to the family but said it would defend itself against the allegations.

A hazing ritual ends in death

Gruver was pledging Phi Delta Theta when he was called to the fraternity house to participate in “Bible Study,” authorities said.

Fraternity members asked pledges questions about the fraternity, and pledges were forced to drink alcohol if they answered incorrectly.

Gruver, of Roswell, Georgia, became highly intoxicated and incapacitated, and fraternity members laid him down on a couch in the frat house, according to witnesses.

Members periodically checked in on him throughout the night. By 9 a.m. the next morning, his pulse was weak and those around him couldn’t tell whether he was breathing.

He was taken to a hospital and pronounced dead shortly before noon, according to the coroner’s office.

The coroner’s office ruled Gruver’s death was accidental and caused by “acute alcohol intoxication with aspiration.” His blood alcohol level was 0.495% at the time of his death, the coroner said.