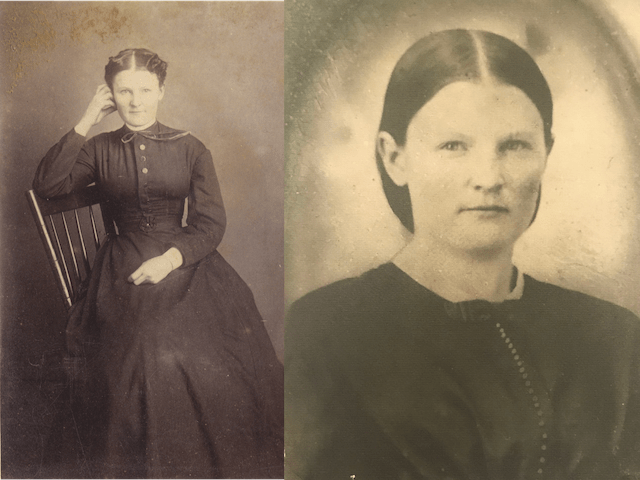 March is Women’s History Month, a time to commemorate and encourage the study, observance, and celebration of the vital role women have played throughout American history. Although Sigma Alpha Epsilon is a men’s organization, there have been many significant women in our history, the most famous perhaps being Lucy Pattie. 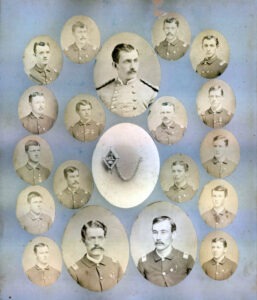 The Pattie family members were well-respected, longtime residents of Jefferson County in Kentucky. Their house was a favorite for the SAE members at Kentucky Military Institute (Kentucky Chi) to visit as a respite from the rigors of military discipline. In many ways, it became their surrogate chapter house. Chapter member John B. Kent (1860) became close friends with one of the Pattie children, Lucy. In later years, Lucy stated that their relationship was “one of an admiring little sister and an indulgent big brother.”

The American Civil War came in April 1861. Students rushed to enlist and within a matter of weeks, Kentucky Military Institute was virtually empty and the school subsequently closed. The SAE members scattered, each going to a different part of the country to enlist. Kent was the last member to leave so all remaining chapter affairs defaulted to him. He saw the need to leave important chapter documents, including the Ritual, in the care of another in case he didn’t survive the war. He entrusted them to Lucy, knowing full well she would keep and protect them.

Kent explained the importance of the papers, instructing Lucy to “keep them ’til I come 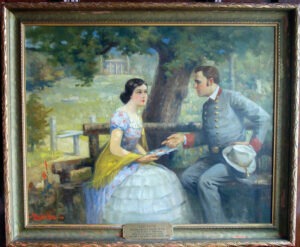 back, but if I never come again, give them to no one unless he can give you the grip of the hand.” She promised to seal them safely and hide them “where no friend nor foe might find them.” Sadly, Kent was killed in action in 1863.

Years passed, the Civil War ended, and Kentucky Military Institute reopened its doors. The Kentucky Chi chapter was revived as a few of its now older members returned. Several of them walked to the Pattie farm to recover the papers, but Lucy adamantly refused to hand anything over—no one attempted to shake her hand. Eventually, Albert McMahan (1870) realized he should give her the grip, after which she happily returned the documents.

The chapter was astounded by Lucy’s devotion and care for the Ritual, so much that they 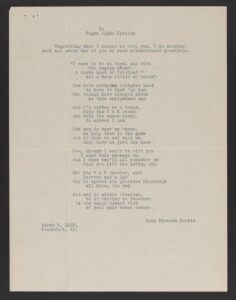 initiated her into Kentucky Chi as an honorary member of the Fraternity. She even received a badge. Although Lucy did not participate in chapter business, she attended all the gatherings and she and her family farm became cornerstones of the chapter’s recruitment strategy.

After college, Lucy chose a life in education, passing years of wisdom onto generations of young people and no doubt nurturing young men into true gentlemen. She served as the Superintendent of Franklin County for several years before working for the Department of Education at the Kentucky State Capitol. Lucy stayed dedicated to the Fraternity throughout the years, consistently writing and supporting the Kentucky Chi chapter. Upon hearing about her story, famed Eminent Supreme Recorder William C. Levere visited her in in 1919 and bequeathed her a replica badge of the original worn by the Founding Fathers. She supposedly wore it every day until she entered Chapter Eternal on November 14, 1922.

Lucy Phenton Pattie is the only honorary initiated female member of Sigma Alpha Epsilon. Though often overly romanticized that she “saved the Fraternity,” she did, in fact, save Kentucky Chi when it otherwise could have been lost. Her loyalty is one all SAE members can strive for in our own chapters and lives. Lucy Pattie, much like Minerva, delivered wisdom to those who were seeking it and held SAE, and our secrets, close to her heart until the end of her days.

Sigma Alpha Epsilon currently recognizes the outstanding commitment by spouses and significant others with Order of the Violet. 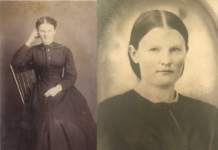