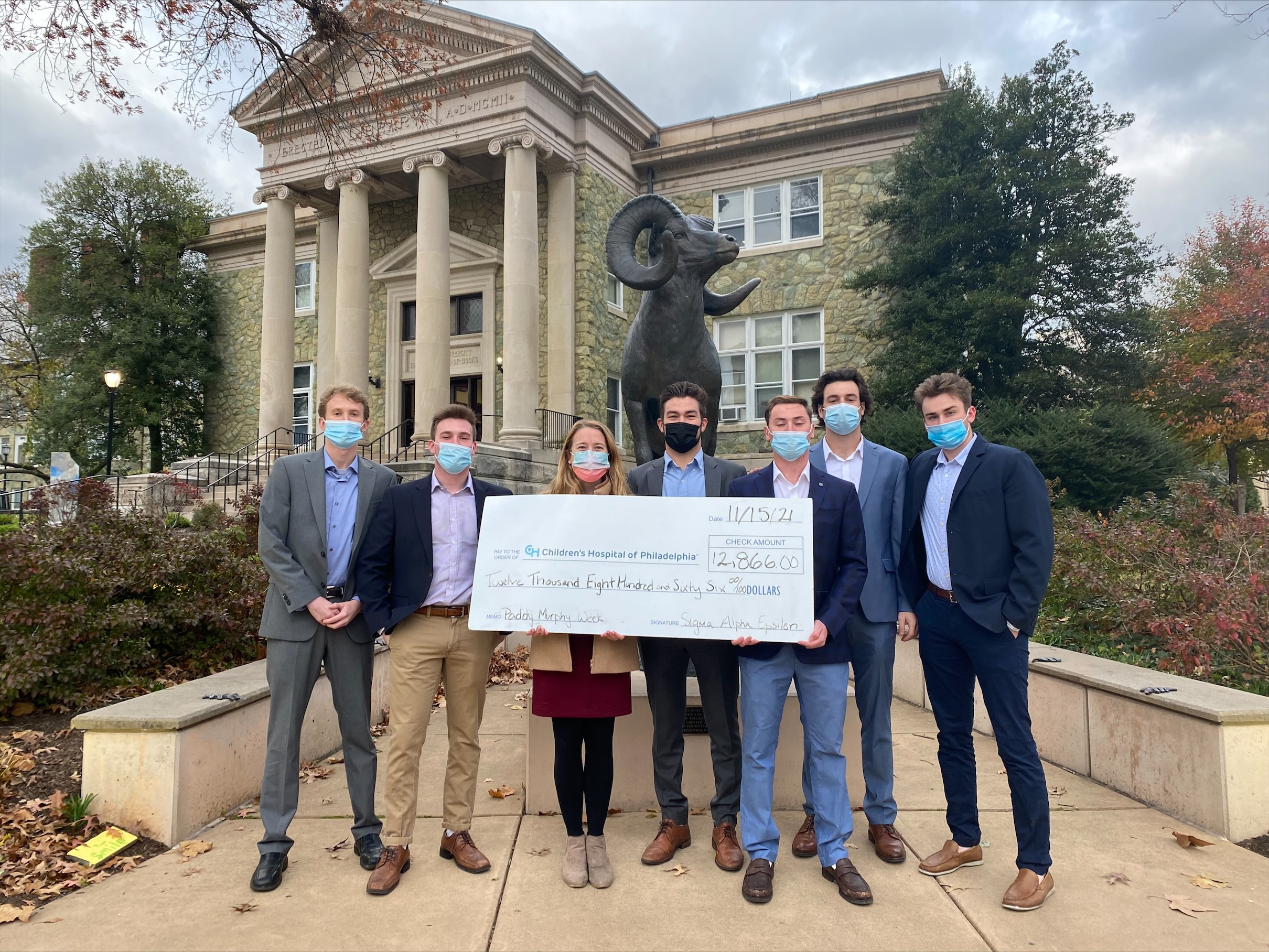 Recently the chapter at West Chester University raised $12,866 for the Children’s Hospital of Philadelphia during their 16th annual Paddy Murphy week-long philanthropy event.

This year the chapter’s goal was to raise $10,000. The events included ‘Pie A Greek With Alpha Phi,’ a bake sale with Alpha Sigma Tau, a 50/50 raffle, and ‘Buy A Guy,’ where campus ladies donated money to the cause for an evening with a brother. They also sold shirts for $25 to help raise funds as well.

The chapter cared deeply about the cause because, specifically, two alums have two siblings who unfortunately frequently need the hospital’s care due to Metachromatic Leukodystrophy (MLD). This rare disease affects approximately one in 40,000 people worldwide who are primarily children. At the moment, there is no cure.

Every year, we aim to raise a certain amount of money and spread awareness for this significant cause to many brothers in the chapter because the hospital’s work has directly or indirectly impacted their families,” Brother Jack Thompson ’23 said.

The chapter’s hard work spread the word quickly, leading to many supporters blowing the goal out thanks to the generosity.

“Every single one of our brothers played a critical role in this amazing fundraiser, and we couldn’t be more thankful. All week we sold bracelets and t-shirts to raise awareness for the Children’s Hospital also to raise money and spread awareness,” Thompson said.

At the end of the week, the chapter invited a bagpiper and elected their traditional Mr. Paddy Murphy, lifted and carried in a coffin in procession to honor all those brothers who have passed.

“Paddy Murphy Week is a week where we are truly bigger than ourselves, and we take pride in being able to be a part of such an amazing tradition,” he said. “A special shoutout to our philanthropy chair Eric Citrone ’23 on making this all possible with the help of Eminent Archon Nolan Pecci ’22. Thank you to everyone who donated, and we ask you to continue spreading awareness and recognizing all the great work the Children’s Hospital of Philadelphia does for children all around the world.”