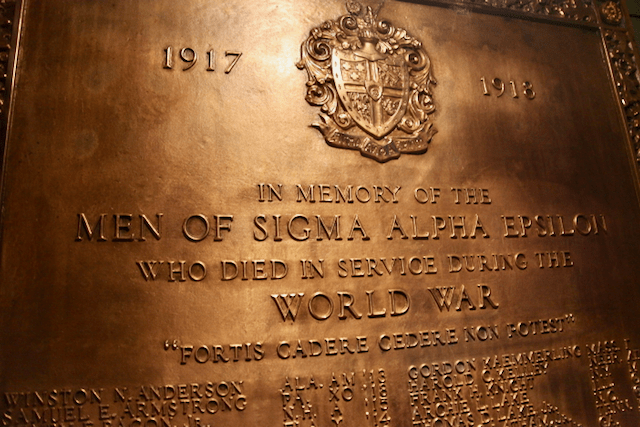 It’s Veterans Day 2018, the day we remember and celebrate those who have served our nation in the uniforms of the Armed Forces. This year it’s also the day we mark the 100th anniversary of the end of World War I, once called “the war to end all war.” While the latter certainly hasn’t proven true, it remains important to continue to honor those who serve. As a veteran, I feel it a privilege to have served among tremendous men and women. There is a lasting bond among us that is strong-built on a foundation of shared experience and commitment to something bigger than any one individual. 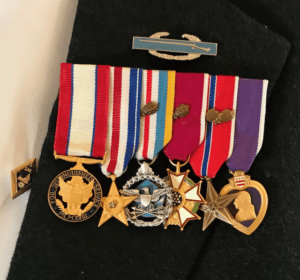 I have the dual privilege of also being a brother in Sigma Alpha Epsilon. There is an equally strong and lasting bond that comes with being initiated into SAE—also built on a foundation of shared values and commitment to the ideals of loyalty, friendship, honor and fraternity. Veteran and Brother may be individual titles I can claim, but the real value I cherish from both is that they allow me to be bound forever with others on whom I can know I can always rely no matter the challenges. We are stronger together than we would ever be apart.

Sitting in the Peace Chapel within the Levere Memorial Temple the past couple of days for the Devotie Ritual Institute, I was reminded of just how deep and important the connections SAE has to the service and sacrifice exemplified by veterans runs. Billy Levere was so moved by his experience overseas in World War I that he envisioned and led the efforts to build the Peace Chapel as a memorial to SAE war dead. As I was reminded while diving deep into our ritual, our oath, creed and ritual are full of mandates on our responsibility to make individual commitments to the collective ideals of being better men and holding ourselves and our brothers to higher standards. Just as any veteran will tell you, at the end of the day you fight for those around you because it is the bond between you that makes you stronger and gives you the power to drive on.

So, on this Veterans Day, I choose to recommit myself to as a military veteran and SAE brother to be worthy of both-and to never forget the lasting bonds that come from them. As our motto implies, our best days lie ahead of us. Phi Alpha!