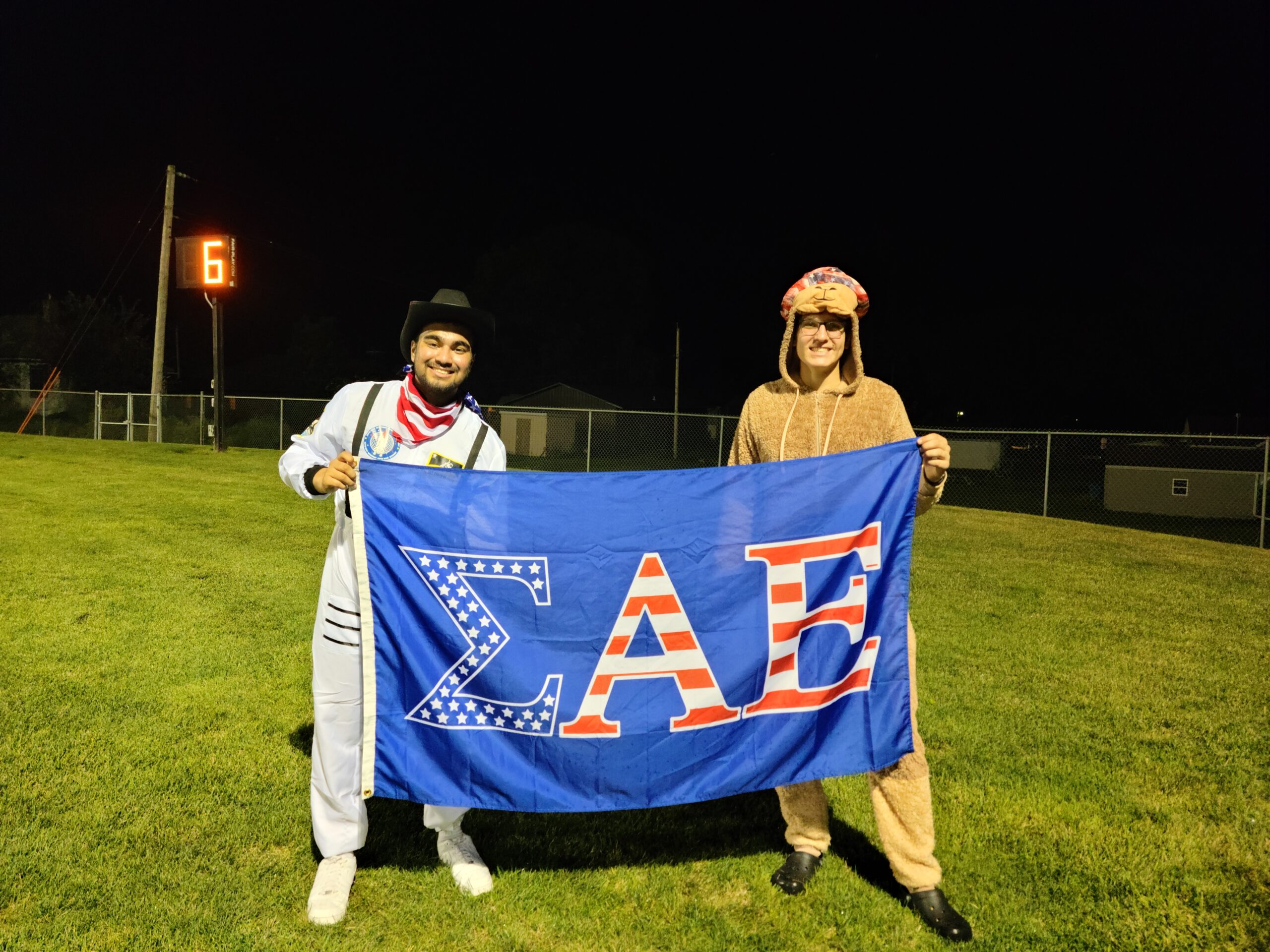 Can you name an event every chapter does each semester to recruit potential new members?

Almost every chapter will have a fall cookout outside their chapter house, get a pickup game of basketball at the campus recreation center or go bowling at the campus Union. The ideas are endless.

However, has your chapter ever gone to a local high school football game dressed up in costumes and cheered for the traveling team?

If your chapter does this and you’re not from Simpson College, all of us stand corrected at the Fraternity Service Center.

For close to 30 years, the chapter at Simpson, just south of Des Moines, Iowa, has conducted this unique and traditional recruitment event every fall semester.

To the chapter, it’s known as ‘Small Town.’ The idea was thought up by Brother Tyler Smith ’94.

This year, the chapter brought potential new members to Southeast Warren High School, home of the Warhawks, to cheer on the Saints from Mormon Trail.

This event has been a tradition within the chapter since the early 1990s. Scott Sams ’94, the chapter advisor at Simpson for the last seven years, says it was just beginning when he joined the chapter.

Sams’ father, John O. Sams ’61 was a brother at the chapter at Drake University. Sams’ two sons, Joesph Sams ’21 and Nathan Sams ’19, both went to Simpson like their dad and experienced this unique event.

“Guys get into it. They do the face paint and paint their shirts,” Sams said. “They were loud, but they were respectful. The fans thought it was cool.”

He said fans would always ask if the chapter planned to come back for the next game. The fans were always disappointed to hear it’s a one-time event every fall.

“It wasn’t always the same matchup each year. We tried to switch it around a bit, especially if some guys in the house were from those towns, and we’d go there and meet some of the guys playing,” he said.

Sams was initiated in 1991 and was already an active member when they first started the tradition.

Active member Caleb McFarland ’22 was unable to attend the event when he was going through recruitment but says it’s one of his favorite events to participate in annually.

“Small Town has been one of my favorite events because of how we interact with the team and the fans. This year we even got a thank you card signed by the entire team that we cheered for,” McFarland said.

Like every chapter across the Realm, Simpson’s event is just a small example of tradition in its chapter. If your chapter has a tradition that the Realm might be interested in, email us at communications@sae.net. 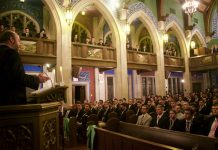