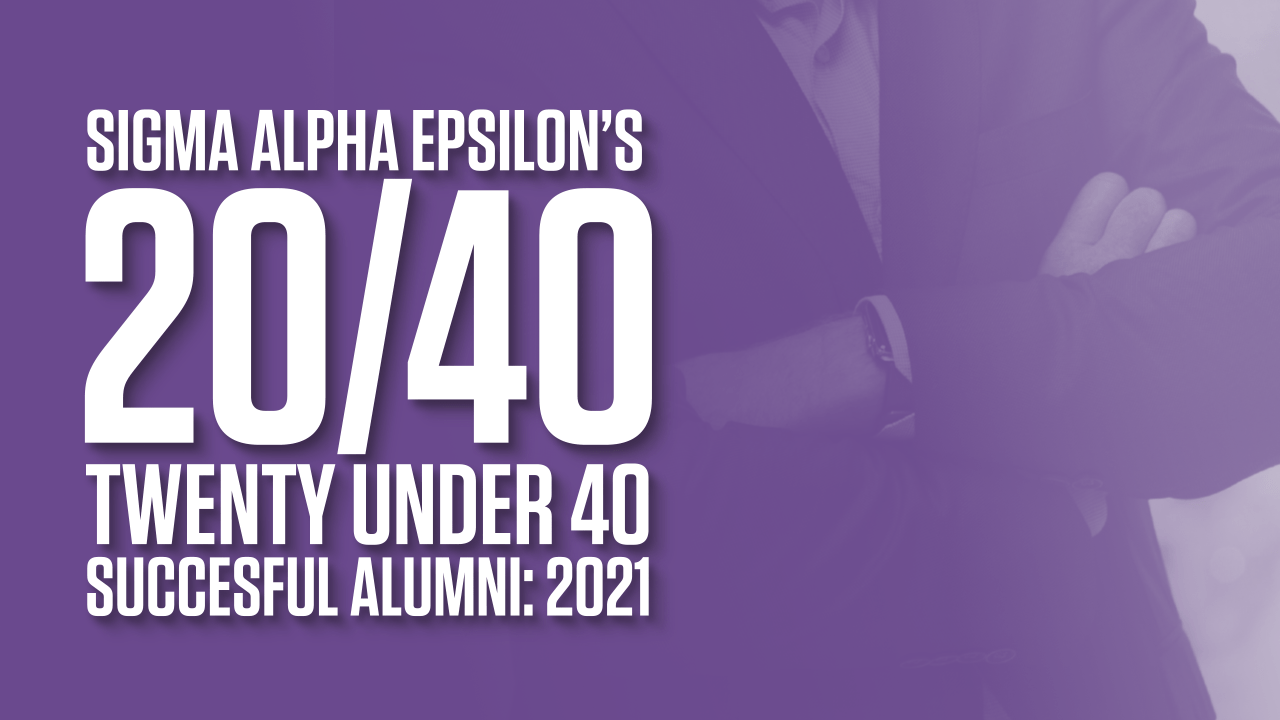 All of these individuals were nominated and completed an application for consideration. Evaluators scored applicants on SAE involvement, professional achievements, community involvement, and leadership.

If you know a young alumnus deserving of recognition, please email foundation@sae.net. Individuals must be alumni members in good standing and under 40-years-old by March 31, 2022. 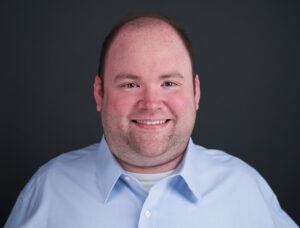 James is the Chief Operating Officer for Vudu Consulting LP and has started several companies throughout his career. He also works with Rock the Campus, raising money for the Leukemia and Lymphoma Society, and partnered with Oklahoma Community Cares to distribute $200M in CARES Act funds. James remains involved in SAE and currently serves as the Province Sigma Archon. 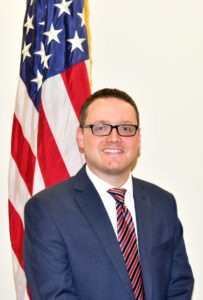 Recently, Aaron served as the Senior Advisor to Deputy United States Trade Representative Ambassador C.J. Mahoney. He played a role in negotiating the United States-Mexico-Canada Agreement, which Congress passed in 2020 with bipartisan support. Fort Hays State University recognized Aaron as Young Alumni of the Year in 2020. He is active in the Kansas Delta Alumni Association and his church. 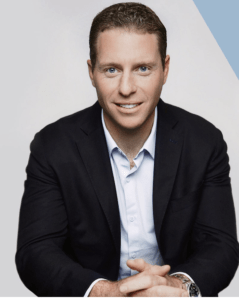 Ross is the Chief Revenue Officer for ServiceTitan and an Executive in Residence for Bessemer Venture Partners. He previously served as Vice President of Sales for Lithium Technologies, which Vista Equity Partners acquired and co-founded Stealth HD, Inc., which Amazon acquired. Ross is a board member for the SAE California Beta Educational Institute and Cal Rugby Advisory Board. 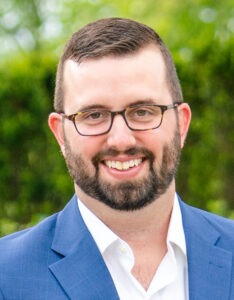 Matthew is the Global Sales Director for Enterprise DB. Previously he worked for IBM, most recently as a Strategic Clients Account Executive for IBM Data & AI and North America Sales Leader for Watson Data & AI Platform. He consistently exceeded his target goals, and IBM recognized his professional success as a member of their 100 Percent Club.

Austin is a Security Consultant for Torch Technologies providing support for Department of Defense initiatives. He previously served four years in the United States Marine Corps and attained the rank of Captain. As a Marine, Austin completed several certifications and in 2020 received the Navy and Marine Corps Achievement Medal for his achievements as part of an intelligence team in support of Operation Inherent Resolve. 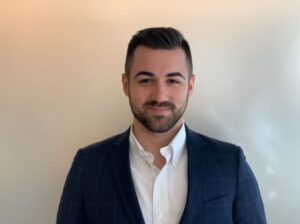 Brendan is a Senior Manager of Credit Risk for Fidelity Investments specializing in hedge funds and is a CFA Charterholder. Brendan serves his community as Treasurer and Board Member of Community Learning Center. He remains involved in SAE as Chapter Advisor for Massachusetts Beta-Alpha and Vice President of the Florida Gamma Alumni Association. 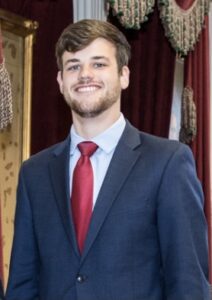 Logan is a Legislative Director for the Texas House of Representatives. Throughout his career, he has volunteered and worked for several campaigns and state representatives. Over the past year, Logan worked to ensure proper staffing at various food banks throughout Texas with Powered by the People. Logan has also focused on registering and engaging voters with several organizations. 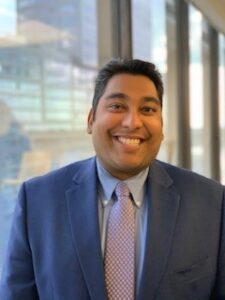 Darren is the Director of the Department of Urology for Mount Sinai Beth Israel. The American College of Healthcare Executives gave him the 2018 Early Career Healthcare Executive Regent’s Award. He is active in several professional organizations, including as Secretary for Healthcare Leaders of New York. He is Chapter Advisor and Alumni Advisory Board Member for Connecticut Lambda. 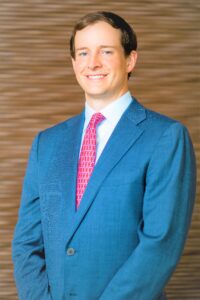 Chester recently completed his fellowship at Rothman Orthopaedic Institute and is a surgeon for Texas Spine Consultants, specializing in minimally invasive and complex spine surgery. He has been published over 50 times in professional journals, contributed to several book chapters, presented to colleagues on various topics at professional conferences, and is a member of several professional associations.

Patrick is the Assistant Director of Admissions for Fort Lewis College, where he created an award-winning online orientation. He is on the school’s COVID-19 Leadership Team as the Campus Life Chair and has completed certifications and training focusing on mental health and diversity topics. He remains active with SAE by serving as a faculty member for many educational programs.

Alex is a Digital Consultant for eBizSelect.net. He was recognized as Newsday’s Media Person of the Year in 2019 and received the University of Hartford’s Presidential Leadership Award in 2016. He is a member of Huntington’s Young Professionals Committee. Alex recently volunteered with Big Brothers Big Sisters of Long Island, delivering holiday meals and gifts to local families. 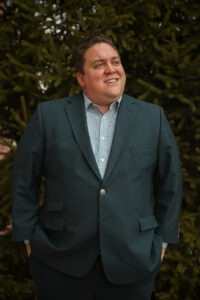 John is an Agency Fit Consultant for LEAP Group. In 2020 LEAP received several awards for work where he was directly involved. He also received several professional recognitions, including making Louisville Business First’s Forty Under 40 list. John supports several nonprofit organizations in his community and remains active in SAE as President of the Louisville Area Alumni Association. 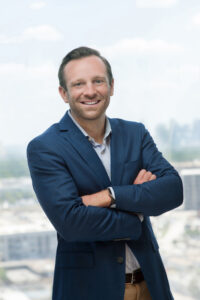 Trey is the Founder and Chief Executive Officer of Home Tax Solutions, the largest property tax loan originator in Texas. Under Trey’s leadership, Home Tax Solutions has received several awards and accolades, and he made Dallas Business Journal’s Forty Under 40 list in 2020. Additionally, Trey and Home Tax Solutions support several non-profit organizations throughout the year. 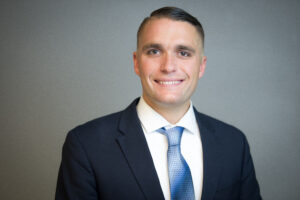 Dylan is an Officer, Program Oversight Specialist for Bank of America, and is active in several professional organizations. Dylan is also an advocate for the Be Nice Foundation, spreading awareness about the importance of mental health. He remains involved with SAE as the Alumni Advisor for Michigan Gamma and the Chapter Advisor for South Carolina Nu. 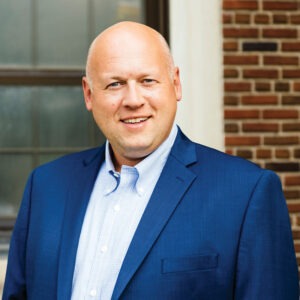 Nathan is Vice President of Metro Wire & Cable, and his contributions have earned Metro Wire regular industry recognition. Additionally, he has received several individual recognitions, including making DBusiness Magazine’s Thirty Under 30 list in 2019. Nathan supports his community as a leader on several boards and stays active in SAE as President of the Michigan Delta-Omega Alumni Association. 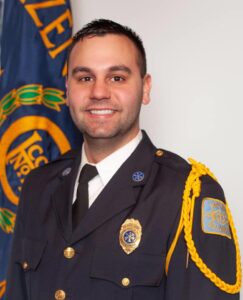 Tyler is a volunteer firefighter for the Citizens’ Hose Company. He serves as Captain for the Kent County Special Operations Team and Team Leader of the Kent County Water Rescue Team. Additionally, Tyler is involved in various community service projects as a Freemason and serves as President of the Smyrna Police Athletic League.

Commander Van Buren is a General Medical Officer for the United States Navy, currently posted in Japan. He is published in various medical journals and regularly presents on orthopedic procedures, programs, and management. Preston is also an advocate for the Sexual Assault Prevention and Response Program, which assists victims with resources from the U.S. Navy. 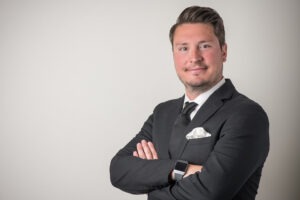 Brian is Vice President of Par Logistics, Inc., growing the company from $5M in revenue to over $35M in just eight years. Brian is also the Founder and President of Landshark Realty, LLC. He is devoted to the Make-A-Wish Foundation, serving as a Wish Grantor and board member for the Make-A-Wish annual Walk for Wishes event. 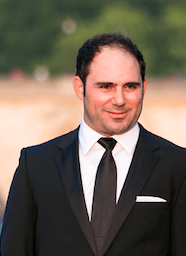 Shawn is the President of Student Movers, Inc., which is Pro Mover Certified by the American Moving & Storage Association. He is also a graduate of AMSA’s Leadership School. Shawn is active in his community as President of Kiwanis Huntington Beach and board member for Kindervision and Huntington Beach Woman of the Year. He also supports several community organizations. 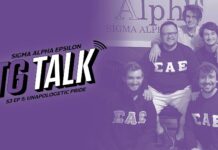 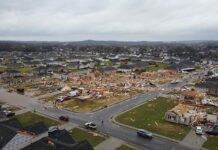 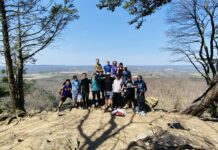