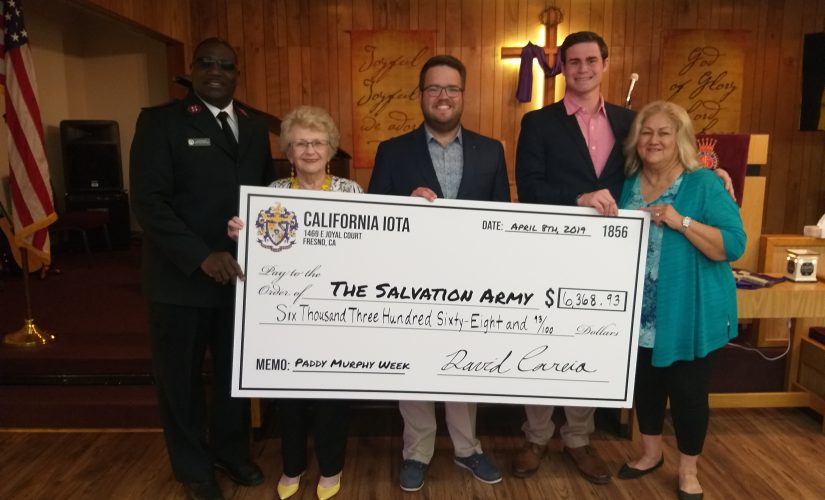 This article by Larry Venezuela in The Collegian. View the original article here.

The Fresno Salvation Army Adult Rehabilitation Center (ARC) celebrated its largest single donation in the past year, but this time the donation came from a fraternity at Fresno State. The Fresno State chapter of the Sigma Alpha Epsilon fraternity exceeded its goal and donated $6,398.93 to the ARC on April 17. Each year, the chapter holds Paddy Murphy Week to raise money for a local charity.

“After hearing that the Fresno Salvation Army ARC had a 9 percent annual decrease in donations, we decided to step in and help,” Ryan Dami, Sigma Alpha Epsilon philanthropy chair said in the release. “We loved holding events during Paddy Murphy Week, especially with the Salvation Army’s ARC involvement — it was a hit”.

Fraternity president David Correia agreed. “This is the most successful philanthropy event we have ever had. We could not have raised this much money without the level of enthusiasm and engagement we had from all of our participants,” he said.

Fresno State sorority Kappa Alpha Theta won the week’s competition overall. Bailey Heskett of Kappa Kappa Gamma was awarded the Miss Minerva for individually raising over $1,000, according to the release.

“It is so refreshing to see these men work to give back to the community and help others,” said Lt. Lee Vale Butler, business administrator of the Salvation Army ARC. “The Salvation Army Adult Rehabilitation Center has benefited greatly from the ‘True Gentlemen’ commitment of the fraternity. We feel grateful for having received the phone call from SAE fraternity and their commitment to give back to the men and women who are part of our community who are receiving alcohol and drug rehabilitation services at the Adult Rehabilitation Center. Thank you for doing the most good.” 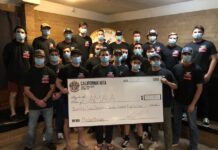