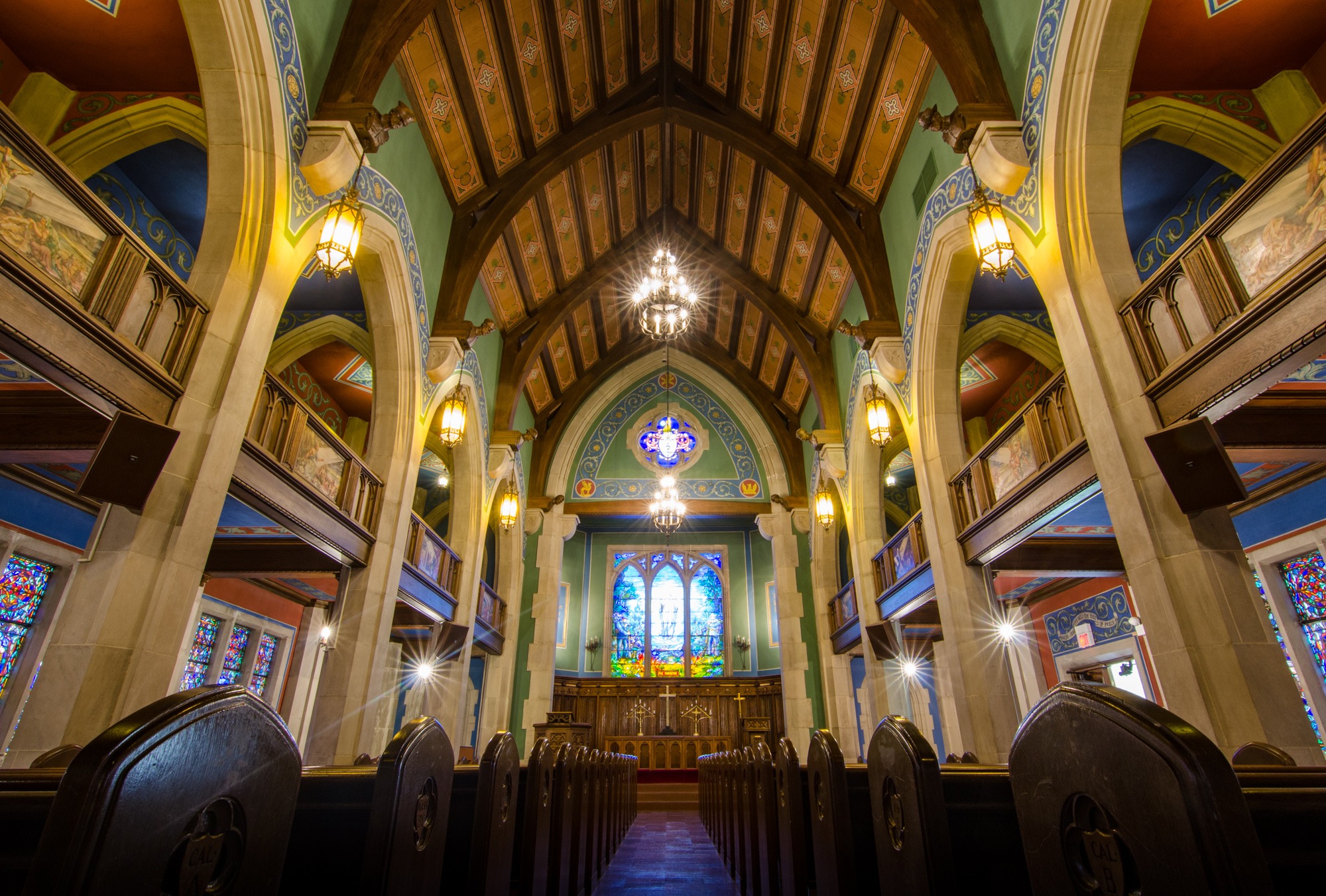 Editor’s Note: This article by Kristen Gwinn-Becker was first published by HistoryIT and can be viewed here.

On August 2019, HistoryIT began a fascinating project with Sigma Alpha Epsilon (SAE) Fraternity. SAE’s national headquarters is housed in the Levere Memorial Temple in Evanston, Illinois. The building is first and foremost a memorial to SAE members who died in WWI and subsequent wars.

In 2004, SAE unearthed a box of the original drawings for the stained glass windows from their archives and initiated an effort to restore them first and then digitally preserve and share them.

The building was completed in August 1930 and the stained-glass windows were installed in December of the same year. Thus, December 2020 marked the ninetieth anniversary of both the Levere Memorial Temple and its magnificent Tiffany windows. To help SAE commemorate this occasion, HistoryIT digitally preserved the precious restorations of the original drawings as well as the photocopies of Nippert’s correspondence, photographs and architectural plans for the construction, and other relevant documents.

After completing the two-month project, we developed a digital exhibit as part of Chicago’s Tiffany Trail, a 14-stop interactive self-guided tour through the city. The Levere Memorial Temple was one of those stops. Organized by Chicago’s Driehaus Museum, the Trail underscores Tiffany’s impact on Chicago’s art and architecture as a result of his success at the Chicago 1893 World’s Columbian Exposition.

The Driehaus Museum also had an exhibition titled “Eternal Light: the Sacred Stained-Glass Windows of Louis Comfort Tiffany.”  The exhibition is now traveling to other cities, but you can take a virtual tour here.

As a historian, I consider all projects intriguing, but found this one particularly enjoyable because of the window it offered into the evolution of stained-glass design.