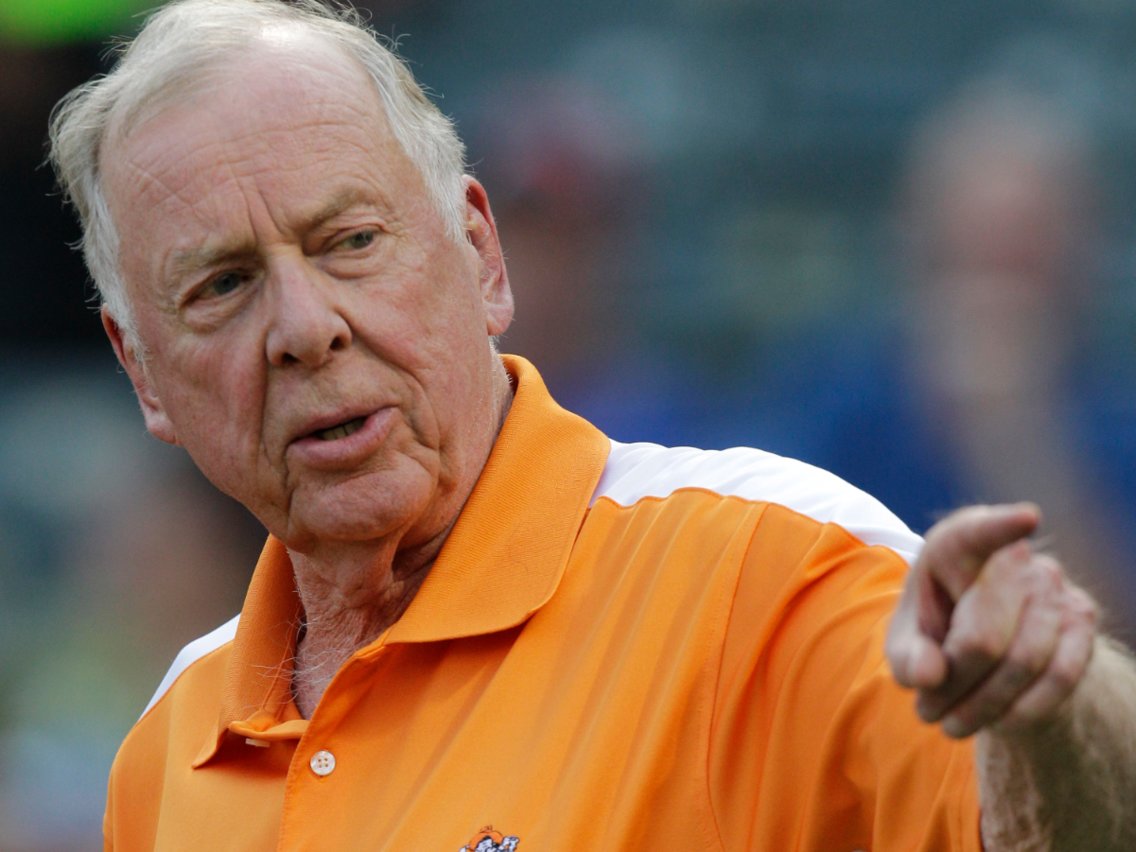 The oil tycoon was well-known for many things, not the least of which was his philanthropic spirit which changed the course of many organizations.  In addition to the $500 million given to his alma mater, Pickens donated $229.5 million across various foundations and philanthropic efforts, supporting education, medical research and services, at-risk youths, wildlife and conservation programs, public policy initiatives, and corporate wellness. He also donated $7 million to the American Red Cross — the largest single donation in its history.

In his years after graduation, Brother Pickens lived life as a proud SAE and was a major donor of the SAE Foundation. For his love of SAE and his efforts on our behalf, Sigma Alpha Epsilon has bestowed Brother Pickens the Order of Minerva, the T.H.E. Award, and the Merit Key, the Fraternity’s second-highest award an alumnus can receive.

Brother Pickens has left a legacy that will live on forever in those who loved him and in the lives he touched. Celebration of life plans will be held in Stillwater, Oklahoma.