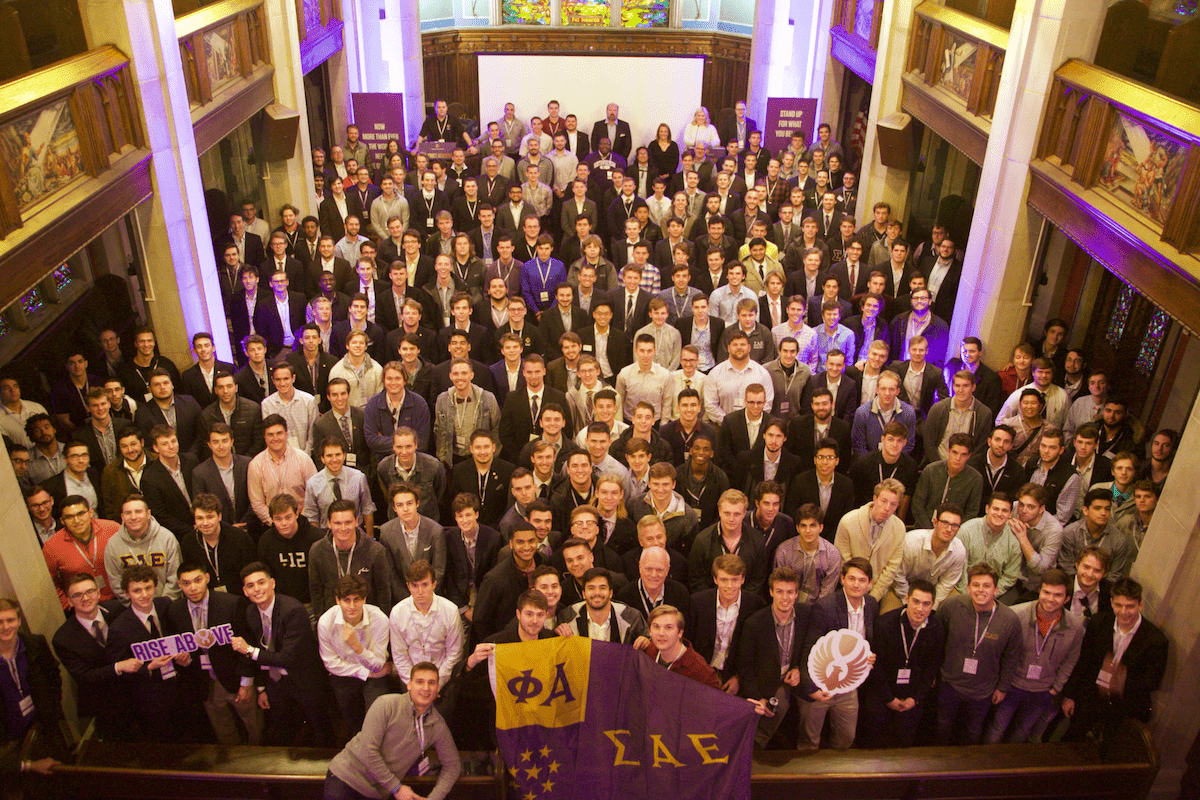 In a letter to the attendees of the First SAE Leadership Training Institute in 1935, John O. Moseley wrote:

“You men are the pioneers in which I believe is the most progressive step our fraternity has taken in years. Your names will live as the first group to band themselves together in this way for the good of the whole Fraternity. Naturally you are the very men upon whom I must depend most to see that the opportunity which you had is passed onto others.”

In the years since that first school, we have seen the education model grow to match the ever-changing needs of the Fraternity. Following John O. Moseley’s entrance to Chapter Eternal in 1955, the Leadership Training Institute was renamed to honor his vision. Many areas that started as part of the original curriculum were expanded to become their own programs, including the Ritual and Eminent Archon Institutes, the latter of which evolved into the Executives Academy this year. The Fraternity has also expanded education through online, peer-to-peer, and advisor-to-student programs.

The desire to expand Brother Moseley’s vision is becoming a further reality through the development of four leadership programs delivered in districts across the country. The goal of the district based academies is simple: reach more men, more frequently, and at a cost that is more affordable. Previously, SAE was able to reach 500-700 students per year through one program, but the expanded multi-site model will ultimately enable 1200-2000 men to participate. And while the programs are delivered in each of the four districts, brothers can attend anywhere in the country and can go to as many programs as they’d like.

The first of the Academies was recently held Evanston, the perfect location to kick-off these leadership experiences. On March 29, 2019, over 300 emerging undergraduate leaders, alumni advisors, volunteers and special guests, descended upon the Levere Memorial Temple. The weekend was designed to foster traits that impact relationship building, leadership tactics, and increase knowledge around chapter programming and application in areas such as recruitment, member education, and community investment.

Photos from the Central District Academy
1 of 8

The exciting first day began with an exposition style event that included coaching on resume preparation, personal presentation, the opportunity to get a professional headshot, wellness programming, financial management services and more. At 6:30 pm, the doors to the Peace Chapel opened and with SAE music filling the beautiful space, brothers of all ages flooded in and began to sing, as only “the singing Fraternity” can do. With a welcome by our Eminent Supreme Archon, Tom Dement (Middle Tennessee State ’90), we set course for a weekend that included keynote speakers, small group facilitated discussions targeting key issues and challenges our men face today, an interactive debate, influencing others, conflict resolution, and a professional etiquette luncheon. The skills learned will not only benefit our men while in their chapters, but also throughout their lives.

Two highlights of the weekend left lasting impacts on our brothers. The first was the enthusiastic keynote address entitled “Leading Fearlessly: Overcoming Your Fears to Step Up and Stand Out,” by Darryl Bellamy, a highly regarded motivational speaker. The presentation centered on the idea that anyone can go from fearful to fearless, especially with the support of others. One of Darryl’s key messages, “let’s tackle this, together,” reinforced the value and strength we have as brothers and the need for SAE’s to “step up and stand out.”

A second powerful message came during the closing of the weekend in the Peace Chapel. Vinnie Dangerfield (Kent State ’13) gave an inspiring speech, delivering the message that together, we can rise above to achieve greatness. With an interactive session which included brothers physically standing arm-in-arm together, Vinnie reinforced the importance that we are one Fraternity, and that as a brother, you are never alone.

After closing remarks from Eminent Supreme Archon Dement, Roger Gallego (UC-Riverside ’91) and Tim Strobl (Middle Tennessee State ’80) led the entire contingency of SAEs for one last singing of the songs—the spirit of Phi Alpha could be heard ringing through the entire temple.

John O. Moseley famously said “We have a schoolhouse, now we need a school.” With this newest iteration of our educational programming, the proud legacy that he started in 1935 is alive and well!