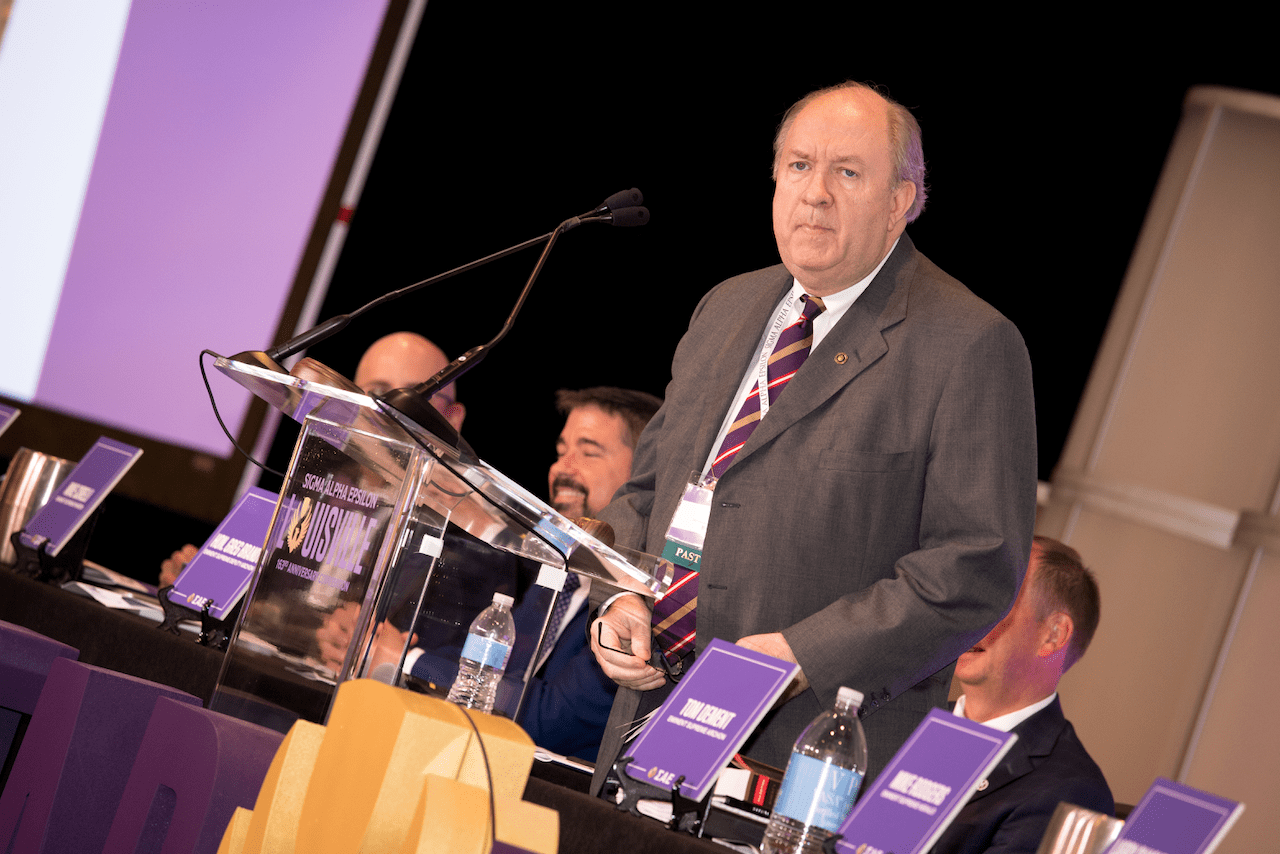 The Sigma Alpha Epsilon Fraternity is saddened to learn that James L. Pope, Past Eminent Supreme Archon, entered Chapter Eternal on May 13, 2020.

A devout Fraternity man, Brother Pope’s dedication to SAE started immediately after joining the Mississippi Sigma chapter at the University of Southern Mississippi while he was a graduate student. He served his chapter as Scholarship Chairman, and following his graduation in 1973, he co-founded the Mississippi Sigma Alumni Association and served as its first President. Brother Pope also served as President of the Jackson (Mississippi) Alumni Association in 1981, the Memphis Alumni Association in 1992, and has served Province Theta as Alumni Secretary, Deputy Archon, and two terms as its Province Archon (1980-82, and 1988-90). He also co-founded three SAE chapters: Louisiana Rho at Louisiana Tech University in 1983, Tennessee Rho at Christian Brothers University in 1989, and Mississippi Delta at Millsaps College in 1990. He most recently served as an Alumni Advisor for the Tennessee Zeta chapter at Rhodes College, a position he held until the fall of 2019.

Brother Pope was a strong supporter of the SAE Foundation, serving on its Board of Trustees in 1997 and becoming a member of the Founder’s Circle for lifetime donors in 2005. In addition, he created the Jim Pope Leadership Scholarship with the Unversity of Southern Mississippi Foundation. At each Mississippi Sigma Founders Day, four undergraduate brothers receive Jim Pope Scholarship funds for Scholarship, Leadership, Citizenship, and Friendship, the four aspects of the “ship” to which Brother Pope often referred. For his unwavering support, SAE has bestowed Brother Pope with the Order of the Phoenix, Order of the Lion, Alumnus of the Year, the Merit Key Award, and the highest award SAE can present to an alumnus, the Distinguished Service Award.

Brother Pope did not limit his enthusiasm to SAE, as he was also active in the Memphis community. He served as President of the Germantown Chamber of Commerce and President of the University of Southern Mississippi’s Memphis Area Alumni Association. He enjoyed a long and successful career as an agent for State Farm Insurance, being named the “People’s Choice” for seven consecutive years from 1990-1997.

Brother Pope’s legacy is one of dedication and service with a level of passion that few possess. He excelled at recruiting new members to SAE and encouraging lifelong fraternal involvement. Todd Buchanan, Past Eminent Supreme Archon, experienced that firsthand, “As an undergrad, Jim [Pope] mentored me and is one of the main reasons I chose to get involved nationally with SAE after graduation.” Past Eminent Supreme Archon Ron Doleac added, “Even if he disagreed with you, it was always with a spirit of good will and good intentions. It was a blessing for me to serve on the Supreme Council as ESA with my chapter brother and friend.”

Those who knew him personally will never forget the love he had for Sigma Alpha Epsilon and the exuberance he brought to every conversation. Bobby Banks, Brother Pope’s longtime best friend and the man who persuaded him to join SAE, shared a phrase he taught Brother Pope at Mississippi Sigma. ‘A Brother is more than a friend but no less than someone you love.’ Brother Pope quoted it throughout his life, and it’s something that Banks hopes all SAEs understand and embrace. One of Brother Pope’s greatest gifts is his vast treasure of phrases and commentaries that will forever continue to inspire and amuse.

Information regarding memorial services in Memphis, Tennessee will be released soon. Arrangements are being made within the Sigma Alpha Epsilon Foundation for gifts to honor the memory of Brother Pope.

Phi Alpha, Brother Pope. You live on eternally in the lives you touched. 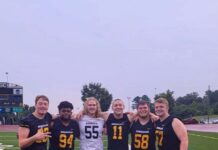 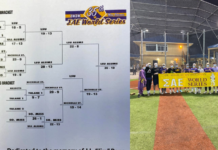 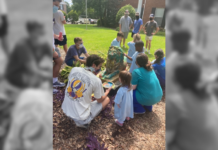 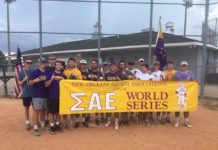 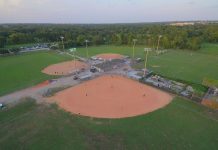