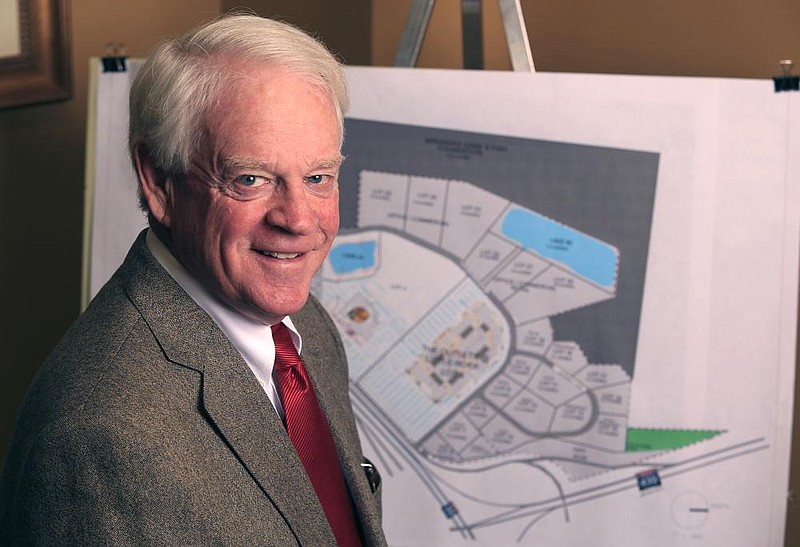 Hodges initiated into SAE at the University of Arkansas-Fayetteville (Arkansas Alpha-Upsilon) during the spring of 1961 and graduated in 1964. After a long and very successful career in real estate and commercial development, his knowledge in those fields was his way of giving back to the Fraternity. While serving as a chapter advisor for Southern Methodist University (Texas Delta) in Dallas, Hodges was responsible for renovating its chapter house in the summer of 1991. After moving back to Arkansas in 1994, he immediately joined the Arkansas Alpha-Upsilon House Corporation and lent his building expertise, overseeing a facility renovation in 2004 and an 8000 square foot expansion 2018. In 2016, Hodges started serving on the SAE Financial & Housing Corporation Board of Directors, where he held positions of Treasurer, Vice President, and, at the time of his passing, President. SAE has awarded him with the Order of Minerva and the Merit Key for dedication to improving chapter facilities across the Realm.

Over his professional career, Hodges has developed, built, and managed apartments, condominiums, and retail strips in Dallas, Austin, Nashville, and Atlanta. During his time in Dallas, he served as President of the Texas Stadium Corp., which managed the Dallas Cowboys’ home field. His name is a staple in Little Rock, where he developed the Otter Creek residential community—conceived in the 1970s, it has since grown to over 1,100 homes and ancillary commercial development. Hodges was also responsible for transforming the Gateway Town Center into an entertainment destination, featuring Bass Pro Shops, the Outlets of Little Rock, and dozens of restaurants, retailers, and attractions.

Those who knew Hodges personally all remark on his unwavering loyalty to the causes and ventures he believed. Once he started something, he would not stop until it was complete. His longtime friend and chapter brother, John M. Moore (’59), said, “Tommy [Hodges] was among the most loyal friends a person could have. He had such a positive attitude all of his life in both good times and bad, and he had an unusual resiliency. He worked tirelessly to renovate the fraternity house. Without him, it would have never happened.”

He is survived by his wife Carol, daughters Cathy and Anne, son-in-law Kris, grandsons Harrison, Alex, and Walker, and biological brother Johnny. Hodges had the pleasure of pinning Harrison into the Fraternity during Arkansas Alpha-Upsilon’s fall 2019 initiation.

Phi Alpha, Brother Hodges. You are a true and loyal son of Minerva and live on eternally in the lives and communities you touched. 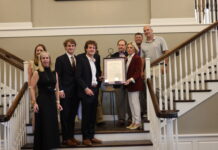