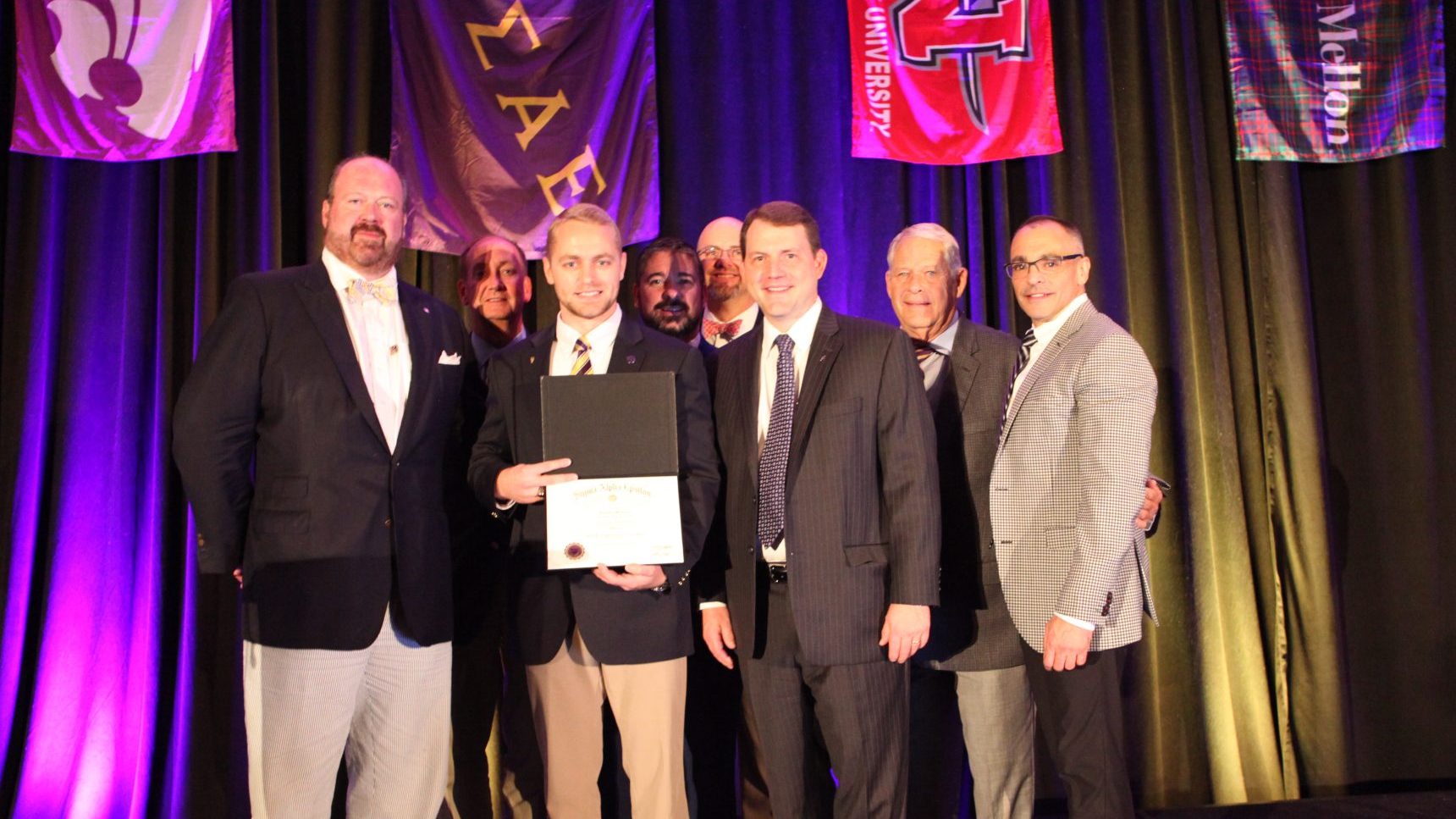 The True Gentleman of the Year Award is the highest honor the Fraternity can bestow on an undergraduate brother. The award, first given in 2000, is presented annually to an undergraduate who has been determined to be the most outstanding collegiate in Sigma Alpha Epsilon, considering scholastic achievement, fraternity involvement, university leadership and community service. Each chapter in good standing is encouraged to nominate a brother deserving of this honor. The winner will receive a $5,000 scholarship award, endowed by Warren P. Poslusny (Kettering ’69) to recognize brothers who have demonstrated outstanding leadership and service in the Fraternity.

Dustin Stewart (Armstrong State ’17) was named the 2018 True Gentleman of the Year. He “was by far one of the best student leaders I have had the opportunity to work with over the last 13 years of my professional career,” said Andrew Dies, Dean of Students at Georgia Southern University. “He changes people’s opinions on fraternities,” said Anderson Vaught (Vanderbilt ’63). Upon receiving the award, Stewart delivered remarks to a room of over 500 undergraduates, alumni, staff, and volunteers.

“Over the last few days, we have been together having conversations about what it means to “be a man.” Upon arrival, we each received a name tag with blank spaces. The front side asked us to write what quality makes us, as individuals, a man. The other side asked us to write three qualities that define what a man is, generally. We’ve heard the speakers and we’ve attended sessions and chapter meetings. We’ve had time to reflect on our own and in casual spaces.

But the message I want to leave with you is somewhat of an alternative, but it is a culmination of things I’ve heard and observed being here at Leadership School, and it is this: our reputations and the reputations we project – what ultimately defines us as men – is the sum of the choices we make. Words are easy, but our actions speak volumes louder. Those actions, in turn, reflect not only on us, but everything associated with us. So, I challenge you to dig deep and reflect in earnest on the kind of man you want to be, because the man you choose to be will collectively engender our reputations as “True Gentlemen” of Sigma Alpha Epsilon.

Stewart has accepted a position on the Fraternity Service Center’s staff as a Coordinator of Chapter Development. Previously, Stewart interned with Governor Nathan Deal (Georgia) and was the Music Director for Higher Ground Baptist Church in Savannah. He is the founder of PoliticallyForward, a current events website focused on data-centric presentation of issues, and is a co-developer of STUDY, a Georgia-based non-profit aimed to assist high-needs students in low-performing schools. 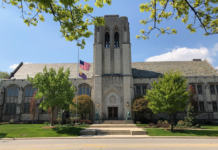