The chapter at Embry-Riddle [AZ] was honored for multiple awards at the University’s annual Leadership awards ceremony last month.

The awards were Chapter of Principle, Chapter of Fellowship, Chapter of Giving, and also Outstanding Chapter of the Year. One brother stood out as well. 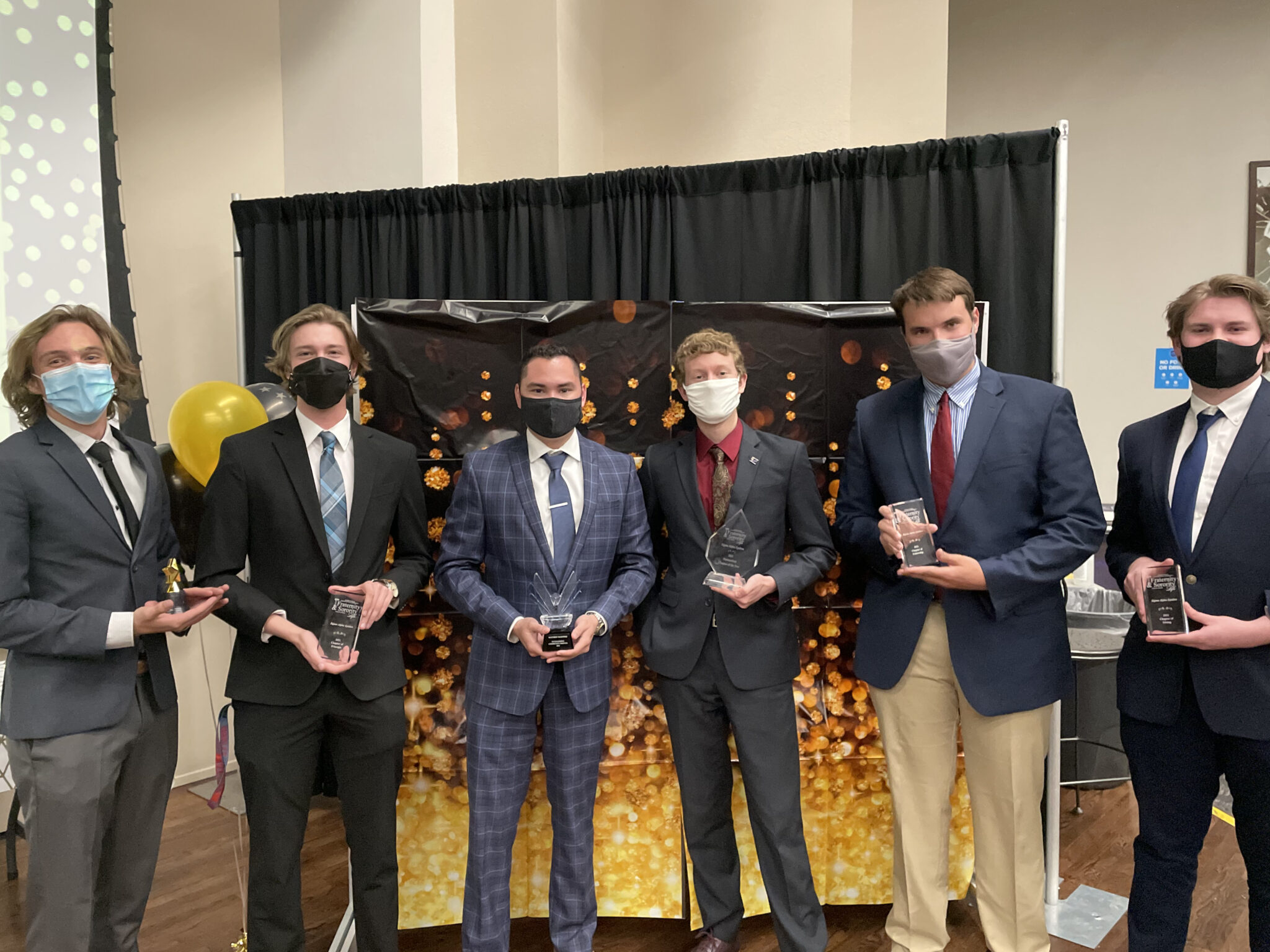 Matthew Martinez (’21) was honored with the Outstanding Community Service to commend his continued relationship with the Desert Southwest Alzheimer’s Association.

It was the first award Martinez won and a special one.

“It’s a tremendous feeling. The chapter has been helping out with the Desert Southwest Alzheimer’s Association since my freshman year,” Martinez said. “One of our brothers was just driving and heard on the radio that they needed volunteers. That’s where it began.”

“We help out with their annual walk that’s in our downtown square. The relationship with them has been kept going forward since my freshman year. The brother that was the main contact for them graduated, so he pretty much put it all on me.”

The walk is known as the Walk to End Alzheimer’s. It is held annually at over 600 communities worldwide and is one of the largest events to help raise awareness and funds for Alzheimer’s care, support, and research.

With the COVID-19 pandemic, the organization was unable to do the walk this semester, but it didn’t stop Arizona Delta.

The organization did a virtual-type fundraiser this spring. With Arizona Delta’s help, they were able to raise $1,200 in the fall of 2020.

Since Martinez was a senior, he helped pass on the duty to an incoming freshman who was in charge of the fundraiser this spring.

They did another virtual event, but this time it was on the gaming platform Twitch. The chapter did a 12-hour long gaming marathon that included guest speakers from the Alzheimer’s Association to speak live on the stream. The chapter raised over $3,500.

Martinez’s grandmother passed away due to Alzheimer’s so working with the association is something he takes great pride in.

“Just to give back to an organization is big, because their main goal is to help find a cure,” Martinez said. “It’s very rewarding for me and also my family.”

The Arizona Delta chapter was founded in 2000. Martinez, now graduated, hopes to become a pilot after he passes all his certifications.